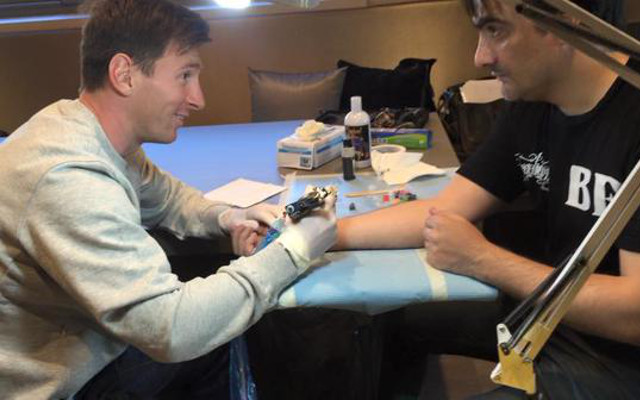 Lionel Messi has shared an intimate photo taken from the plane as he and his Barcelona teammates make their way to Japan for the ongoing Club World Cup.

Barca have qualified for the ongoing intercontinental competition as European champions, following their victory over Juventus in the 2015 Champions League final.

The tournament is already underway, and Barca already know they will be facing Chinese heavyweights Guangzhou Evergrande in the semi-final following Felipao’s side’s unexpected quarter-final triumph over Mexican giants America.

Should Barca—who have won the tournament on two previous occasions—defeat Guangzhou, they will go onto face either Argentine side River Plate or Japanese outfit Sanfrecce Hiroshima in the final.

While Luis Enrique’s side are overwhelming favourites to lift the trophy, they head to the Far East on the back of a poor result after ceding a 2-0 lead to draw 2-2 at home to Deportivo La Coruna on Saturday.

Hopefully, if Lionel gets a good night’s sleep on the plane, Barca will be just fine in Japan!