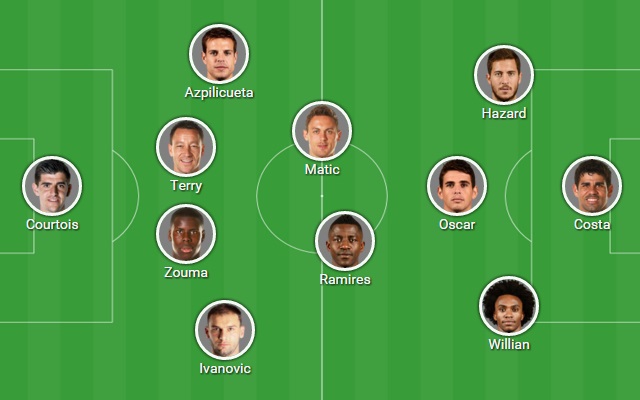 Chelsea face a watershed moment when they travel to Leicester City on Monday evening.

Jose Mourinho has picked something of a surprise team for the heavyweight Premier League clash, opting to leave experienced campaigners Gary Cahill and Cesc Fabregas on the bench. 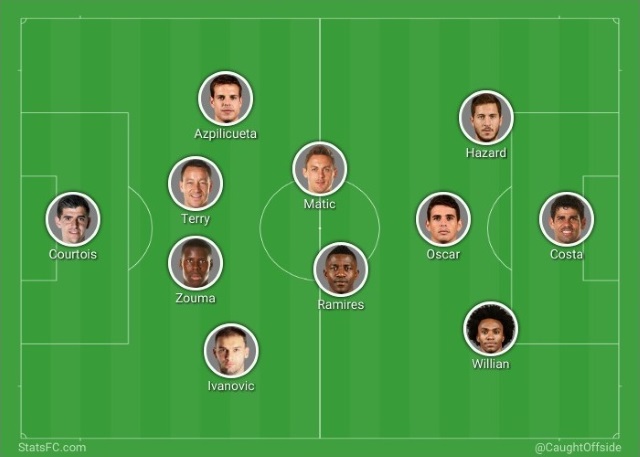 In the heart of the defence, Kurt Zouma’s pace and mobility has seen him named alongside John Terry, who brings experience to the centre of the backline. Zouma will be the man charged with covering his veteran teammate and dealing with the irrepressible Jamie Vardy.

Thibaut Courtois remains in goal, with Cesar Azpilicueta in the left-back position—the man set to deal with in-form Riyad Mahrez—and Branislav Ivanovic in the right-back position.

Fabregas remains on the bench, with Nemanja Matic partnered by Ramires in the heart of the park.

Can the Spaniard—one of the stars of last season—rediscover his scoring boots, or will it be Vardy who steals the show once again?