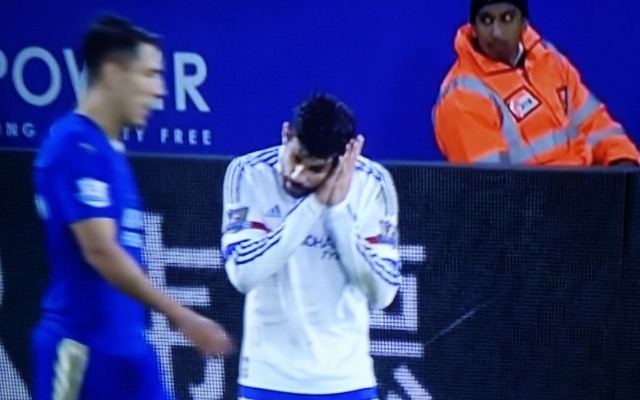 Amazing images have emerged of Diego Costa accusing his Chelsea teammates of sleeping during their Premier League fixture against Leicester City on Monday evening.

Despite their recent miserable run in the EPL, the Blues hardly appeared particularly invigorated or motivated for their clash against high-flying Leicester, a reality that Costa clearly wanted to put right.

As these remarkable images demonstrate, the Spanish forward clearly wasn’t happy with his teammates and urged them to wake up, mock-gesturing that one or two of his fellow Chelsea stars were sleeping on the job.

Certainly, Blues captain John Terry could take heed of Costa’s advice, even if it has been delivered somewhat bluntly.

The ex-England captain was at fault for Leicester’s first goal, as he hesitated, allowing Riyad Mahrez’s cross to run through to Jamie Vardy, who fired home past Thibaut Courtois with aplomb.

Perhaps if Terry had listened to his teammate’s advice, things might have been very different.