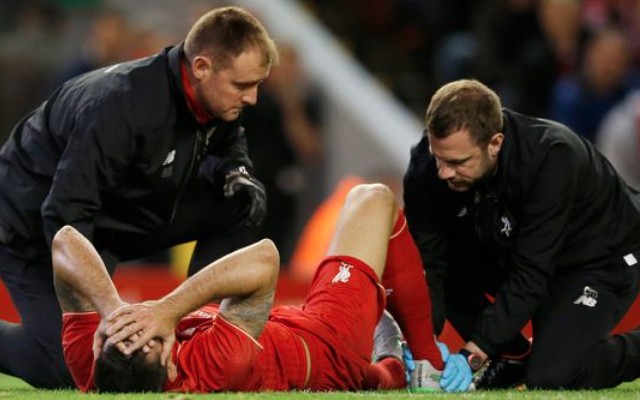 Liverpool defender Dejan Lovren has been cleared of ligament damage but is still expected to miss three weeks of action with the knee injury suffered against West Bromwich Albion on Sunday.

The Croatian international was stretchered off in the second half of the 2-2 draw at Anfield after a strong tackle from Craig Gardner, and needed stitches to repair a wound on his right leg.

The Liverpool Echo reports that scans have shown major swelling and bruising around Lovren’s knee which will sideline him for the festive fixtures, but not for as long as the Reds initially feared.

But the injury will still come as a major blow to the the former Southampton centre-back, who was nominated for November’s Premier League Player of the Month after his best spell in a Liverpool shirt.

Lovren’s absence is compensated by Mamadou Sakho’s return to fitness. The Frenchman has missed Liverpool’s last seven matches with a knee injury but could start against Watford next weekend.

Gardner’s challenge on Lovren caused some bad blood between Jurgen Klopp and Tony Pulis on the touchline, with the two managers failing to shake hands come the final whistle on Merseyside.