Arsenal legend Thierry Henry has urged Arsene Wenger to build on the Gunners’ encouraging form in the Premier League this season by spending in January.

The World Cup winner—who spent eight years with the North London giants—has urged Wenger to dip into the transfer market next month and knows exactly how his compatriot should improve his squad.

As has often been the case in recent years, injuries are threatening to undermine Arsenal’s process this season.

The likes of Danny Welbeck, Jack Wilshere and Santi Cazorla have all spent (or are spending) considerable time on the sidelines due to injury, while the loss of midfield enforcer Francis Coquelin has threatened to leave Arsenal with a soft underbelly during the taxing Winter months.

Indeed, Henry has insisted that if the Gunners are to make good on their early-season promise, Wenger must invest in a new anchor man during the January window.

“It’s a hard one, because for me right now I think Arsenal’s squad is good enough to win the league,” the legend began during a Q&A with Sky Sports, as per Goal. 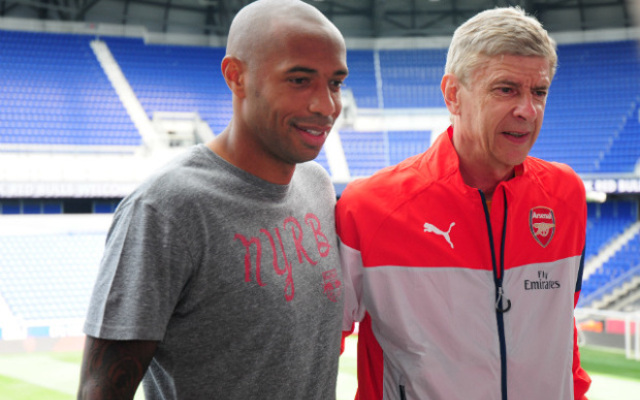 “What we need is some backup to make sure we have a guy that can hold the fort if [Mathieu] Flamini gets injured.

“The position would be holding midfielder for me, and with Arsenal they are at the top and the amount of injuries they’ve had is not normal.

“When those guys come back they can be your new signings. But we keep saying that! I will have answered that properly if the whole team was there, but the boss never has everyone available.”

One possible option for Wenger could be a return for William Carvalho, who was linked with a switch to the Emirates Stadium during the summer.

talkSPORT have recently identified the Sporting Lisbon as a potential short-term solution for Arsenal, but acknowledged that it would be unlike Wenger to move for the Portugal international in the middle of the season.