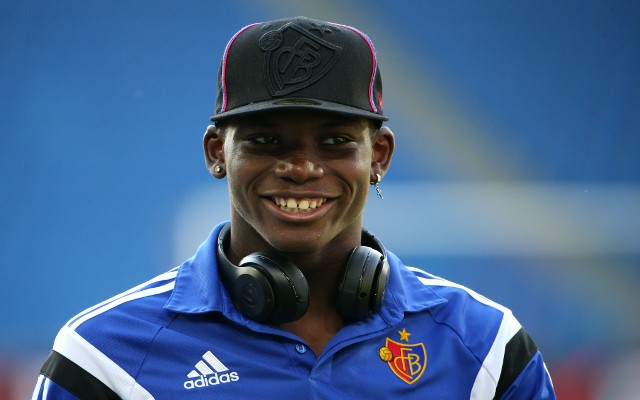 According to reports, Chelsea and Manchester United are already on the back foot in their hunt for wonderkid frontman Breel Embolo.

The Basel teenager has been linked with a move to both of the Premier League giants [talkSPORT], ahead of the January transfer window, but both English heavyweights could be set to miss out.

According to Calciomercato [via talkSPORT], last year’s Bundesliga runners-up Wolfsburg are also understood to be keen on the forward, and have already lodged a transfer bid.

Wolfsburg, who were influential as United were dumped out of the Champions League this season, have clearly identified the youngster as a key target as they look to return to the European top table next season, and have offered a fee of £18m to Swiss heavyweights Basel [via talkSPORT].

The English source report that as well as Chelsea and United, Juventus are also keen on the frontman, although it remains to be seen whether either EPL side—or Juve—will look to meet Wolfsburg’s offer, or if Basel would agree to offload one of the brightest talents in the European game for an £18m fee.

18-year-old Embolo—who made his Switzerland debut earlier this year—looks destined for a long career at the top of the game.

According to the Daily Mail [via the Liverpool Echo], Everton, Tottenham Hotspur and Barcelona are also understood to be keen on Embolo.