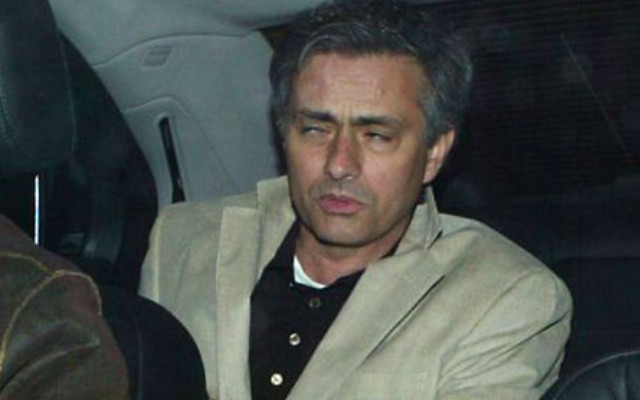 All was pretty rosy at Stamford Bridge six months ago. Chelsea had just ended the 2014-15 season as double winners, having beaten London rivals Tottenham Hotspur in the Capital One Cup final before cruising to the Premier League title, eight points clear of runners-up Manchester City.

Eden Hazard was widely considered – by the English public at least – as one of the best players in the world, while the on-field partnership between Cesc Fabregas and Diego Costa – although it had become slightly less impressive in the second half of the campaign – was still hyped to high heaven.

Furthermore, manager Jose Mourinho was continuing to trade under his nickname – The Special One.

That was then. This is now.

Chelsea’s 2-1 defeat to surprise leaders Leicester City on Monday night left them 20 points off the top of the table and just one above the relegation zone. A penalty-shootout defeat to Stoke City, in which hapless Hazard failed from 12 yards, saw the Blues booted out of the Capital One Cup 48 days earlier.

Fabregas has yet to produce three assists so far this season, after coming up with 18 in the 2014-15 edition of the Prem. Meanwhile, Costa – the man who profited most from Fabregas’ 2014-15 generosity – scoring 20 goals in 26 league games during his first season in England – has only netted three times in 13 outings this term.

Chelsea’s fall from grace has been spectacular. How has it all gone so wrong?

Although it is unclear how things got so bad, so quick, it is pretty clear that the harmony in the Stamford Bridge dressing room has been well and truly disrupted.

According to an article in The Sun – titled “Chelsea at war: Players turn on Mourinho and they’re not too happy with Diego Costa or Cesc Fabregas either” – there is mutiny within the camp.

The Sun claim that Mourinho is losing control of his team, following his controversial post-game comments.

After Monday’s loss at Leicester, Mourinho was quoted by The Independent as saying that he felt betrayed by some of his players, although he added that he wanted to stay on as manager.

The Sun, who claim that Mourinho only spent five minutes in the dressing room at half time at the King Power Stadium, quote a ‘club source’ as saying: “That sort of comment is interpreted as Jose trying to distance himself from the result and the performance, whether it is right or not.”

Mourinho’s relationship with Hazard is poor, The Sun suggest. But, as well as problems with the manager, some players seem to have issues with each other.

Costa’s popularity has fallen through the floor. The Sun claim that some of his teammates are annoyed that he was not punished for throwing his bib at Mourinho during November’s 0-0 draw at Tottenham Hotspur, while the Spain striker alienated himself further on Monday by gesturing on the pitch that Chelsea’s defenders had been sleeping.

The Sun also report that some players are ‘bemused’ with Fabregas over his aforementioned drop in form.

Something radical needs to change in order to unite Chelsea’s broken brotherhood, but Mourinho is stubborn.

Stubbornness – especially when big egos are involved – does not solve quarrels.