Chelsea legend Frank Lampard has tipped Roman Abramovich to stick with under-pressure boss Jose Mourinho despite the Blues’ struggles so far this season.

The reigning champions are in the midst of a nightmarish campaign and find themselves down in 16th place in the table after 16 matches.

The Blues have managed only 15 points—leaving them a whopping 20 points behind league leaders Leicester City—and have won only four games all season.

They have already lost a hefty nine matches—unprecedented territory for Mourinho—and were dire on Monday evening as they were thoroughly beaten by the Foxes.

Chelsea’s decline has prompted speculation that Mourinho could be set for the axe, with BBC Sport reporting on Wednesday that the board were meeting to discuss the coach’s future. 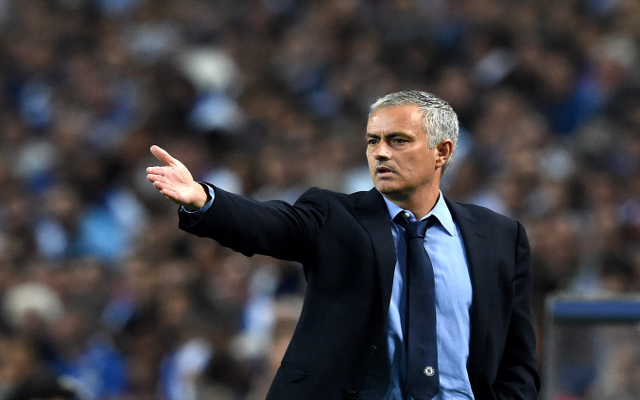 Ahead of that meeting, club legend Lampard—who enjoyed great success under Mourinho—has predicted that Abramovich would be unwise to ditch the enigmatic Portuguese manager.

“They are probably not going to make the top four anyway or the top six. They’re not going to get relegated I think if we are honest so I’m sure there’s a view from Roman Abramovich to say, ‘Hang on, let’s see what happens at the end of the season’,” Lampard began, as per the Mirror.

“Why make a rash change that can’t really affect the year that much and then see where we are at the end of the year.”

According to The Times, Chelsea are considering former Tottenham Hotspur manager Juande Ramos as a successor to Mourinho which, considering the Spaniard left White Hart Lane under a cloud, with Spurs in the relegation zone, may not be viewed as an upgrade on former Real coach Mourinho.