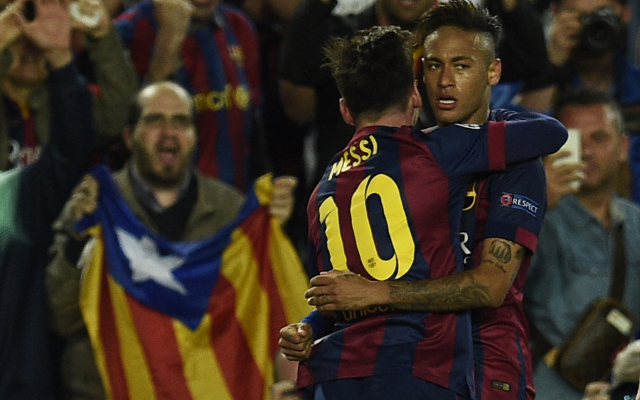 The Sun have made an outrageous claim that seems to suggest that both Barcelona star men Neymar and Lionel Messi are giving serious consideration to a move to the Premier League.

In recent weeks, the respective futures of both players have been up in the air for a number of reasons, but The Sun’s latest report alleges that the megastars have pound signs in their eyes over the potential big money deals that could prize them from the Nou Camp.

Firstly, they say that Neymar has had his head turned by the prospect of joining Manchester United and the ‘eye watering’ money put on offer to convince him to head for Old Trafford.

And as for Messi, who is being eyed by United’s cross-city neighbours, they say he “and his entourage have also been blown away by the financial package dangled in front of them during months of top-secret talks”.

The Sun then go into the financial details surrounding the two players by highlighting that Neymar has a £165million buyout clause as well as collecting a salary that totals to £130million over five years.

Meanwhile Messi would command a fee of £150million, and would collect a weekly wage of £1million, meaning a three-year deal would cost City in excess of £300million.

With the two clubs set to pocket around £1billion from the new television deal over the summer, the maths all add up, but it still strikes as an OTT story.