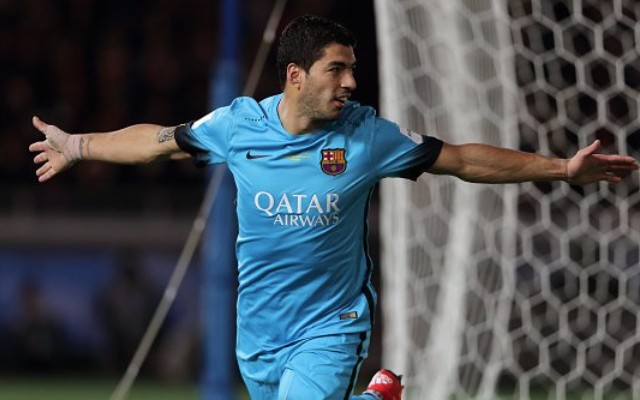 His first was a pretty simple tap-in and his third was a penalty, but his second – which came early in the second half – was so special.

Andres Iniesta played Suarez in with a lofted through ball, which the former Liverpool man controlled with his chest and then attacked on the turn with a flying volley.

Barca will return to Yokohama on Sunday to play Argentinian giants River Plate in the final, with the winner to be crown world champions.