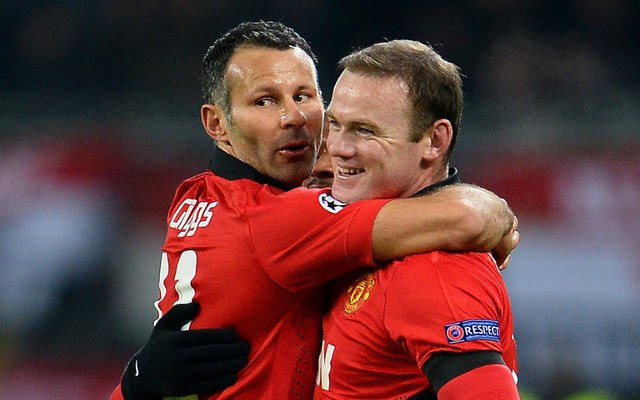 Wayne Rooney made his 500th appearance for Manchester United on Saturday when Louis van Gaal named the England star in his starting XI against Norwich.

The striker had the ball in the back of the net midway through the first half, only for his effort to be ruled off for offside.

However, even if Wazza doesn’t score in this fixture against one of the EPL’s strugglers, he deserves immense credit for his longevity at United.

After his 500th outing, Rooney is in tenth place in the all-time United record appearance-makers list.

Top of the pile, of course, is the legendary Ryan Giggs—current Red Devils assistant manager—who can look back over a remarkable 963 outings for the Old Trafford giants.

He’s joined in the top ten by fellow Class of 92 graduates Gary Neville and Paul Scholes.

Denis Irwin, another Sir Alex Ferguson stalwart, is in eighth, while key figures of the great Sir Matt Busby side of the 1960s complete the list, with Sir Bobby Charlton in second place.

The next landmark for Rooney will be to overtake Joe Spence, who played 510 times for United between 1919 and 1933.