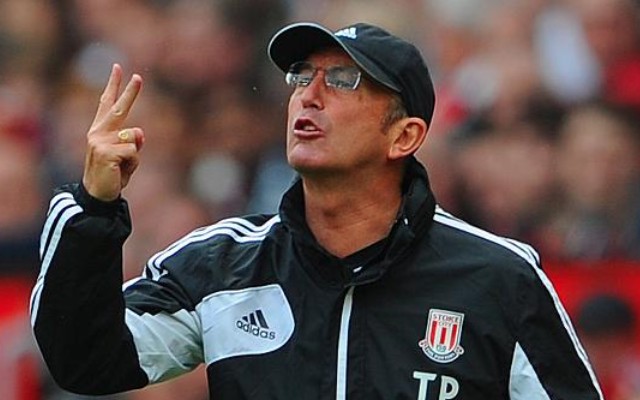 Klopp refused to shake hands with Pulis after last weekend’s bad-blooded 2-2 draw at Anfield in which the German made headlines with his full-time celebrations.

But what really angered Pulis was Klopp’s claims that Liverpool were “not allowed” to lose to opposition who “only play long balls” when the statistics made interesting reading.

The Welshman also suggested that his opposite number was simply looking for excuses because his expensively-assembled squad were not able to turn Albion over.

Pulis responded at his Friday press conference, according to Sky Sports: “I’m really sorry and apologise now to Liverpool Football Club for playing three more balls over the top than they did – and that stat is courtesy of Sky Sports. Maybe he should take notice of that. It’s disappointing.

“I’m just stating the facts. Forget all the spin, that’s the facts.

“I don’t know the fella, I don’t want to say anything else. They were the facts. We’ve got a big game on Saturday, a game that we think will be more difficult than the Liverpool game.”

Although the Reds did play only three fewer long balls than West Brom last weekend, the Baggies average 72 per game in the Premier League this season compared to Liverpool’s 58.