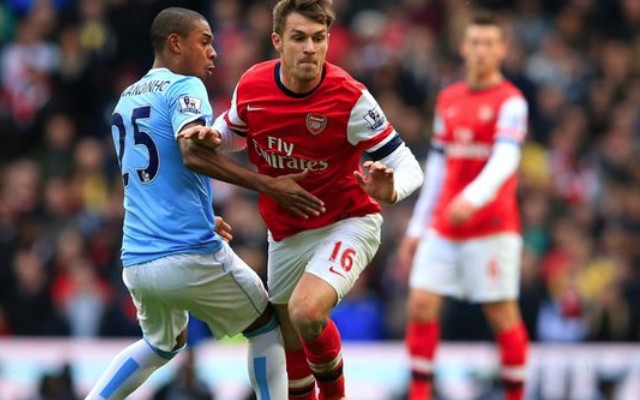 Ahead of Monday night’s big match, read our Arsenal vs Man City preview, including odds and injury news.

Leicester City will top the Premier League this Christmas, regardless of the result in Monday’s match between rivals Arsenal and Manchester City.

However, a win for either side in this pre-holiday cracker will see them reach December 25 as the bookmakers’ title favourites.

Man City go into the game leading the betting, with Manuel Pellegrini’s men a best price of 13/10 to finish the season as champions of England, while Arsenal and Leicester can be backed at 13/8 and 13/1 respectively. The Gunners are marginal favourites for the match though, at 11/8, while City are available at 21/10.

Arsenal can move four points clear of City – and just two behind Leicester by claiming a home victory on Monday evening, while the visitors need to win to replace the Gunners in second place.

Recent history suggests Arsene Wenger’s side should be confident. Arsenal are unbeaten in their last four meetings with City.

However, the team news favours City. Sergio Aguero is expected to be fit, while Gunners talisman Alexis Sanchez is less likely to feature.

Arsenal will be without definitely be without Santi Cazorla, Francis Coquelin, Jack Wilshere, Tomas Rosicky and Danny Welbeck.

Nevertheless, they will have Mesut Ozil, who has scored two goals and produced 13 assists in 15 Premier League games this season, and Olivier Giroud, who has hit the net 11 times in his last 13 appearances in all competitions.

Midfielder Fernando and Samir Nasri are sidelined for City, while the game probably comes just too soon for Pablo Zabaleta and Vincent Kompany.