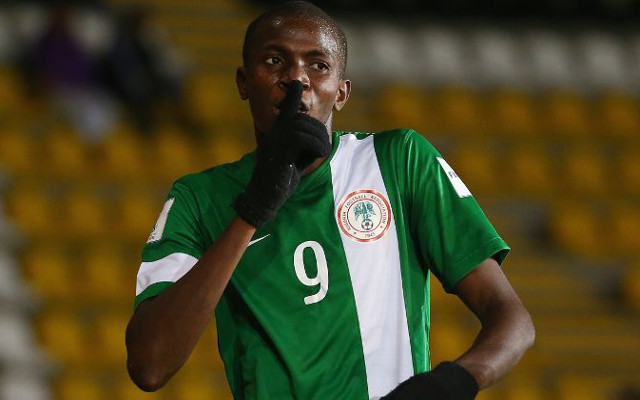 The Gunners have been doing a great job of getting goals lately – even in the absence of scoring machine Alexis Sanchez – but Arsene Wenger has been eyeing a young forward by the name of Victor Osimhen who could further turn the tide in Arsenal‘s favor.

According to the Metro, Arsenal have emerged as one of the top two teams to acquire the Nigerian starlet in a transfer deal (per Osimhen’s agent Gaffar Liameed) with the other team being VfL Wolfsburg. Osimhen had previously been a major target for Tottenham Hotspur, but Liameed revealed that Arsenal made an offer and were one of the last contenders for his client’s services.

‘We’ve had many offers for Victor,’ Liameed said.

‘But we’ve narrowed it down to Arsenal and Wolfsburg.’

The 16-year-old Osimhen scored 10 goals in seven matches for Nigeria in the Under-17 World Cup – tying or exceeding the three youngsters behind him in the rankings. Nigeria would go on to win the World Cup in a 2-0 win over Mali, in which Osimhen scored the first goal.