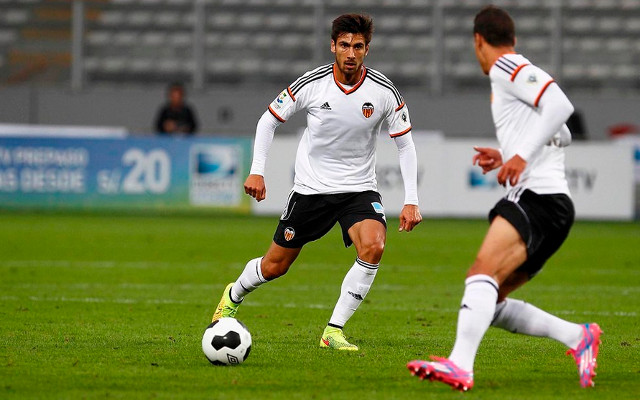 Valencia midfielder Andre Gomes has been a rising star in Europe, earning Europa League Squad of the Season honors with Benfica back in the 2013-14 season en route to a runner-up finish with the club. He parlayed that success into a big move to Spain but has now drawn the interest of Manchester City – and perhaps instilled fear into manager Gary Neville.

According to the Metro, Man City intend to make a huge offer to Valencia for the 22-year-old midfielder this January in an effort to augment their depth. The source reported that Serie A giants Napoli are also competing for his signature.

Losing Andre Gomes could prove a major problem for newly-hired manager Gary Neville, however, who has come to need Gomes as the club toils at ninth place on the La Liga table and were recently dropped from the Champions League into the Europa League.

Gomes scored the equalizing goal for Valencia in the club’s 1-1 draw against Eibar.