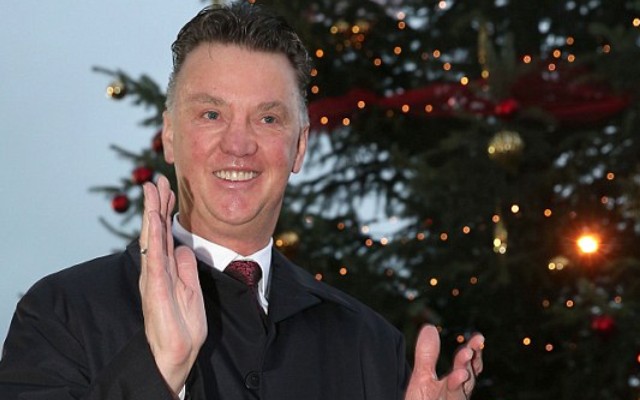 Manchester United manager Louis van Gaal could get the sack for Christmas.

A report in The Sun last night claimed that LVG may be gone by Boxing Day and that United have already contacted recently-sacked Chelsea boss Jose Mourinho as they line up his replacement.

The Sun say that, “at best”, Van Gaal, who has overseen a run of six matches without victory, will be given the upcoming games against Stoke City and Chelsea – on December 26 and 28 – to keep his job.

Mourinho’s second spell as Chelsea manager came to an end on Thursday afternoon when he was fired by Blues owner Roman Abramovich, with the Stamford Bridge club 15th in the Premier League table after 17 games.

Despite overseeing Chelsea’s worst start to a Premier League season ever, Mourinho is still rated as one of the best managers in world football.

His managerial CV – at the age of just 52 – shows that he has won the Champions League with both Inter Milan and Porto, eight national league titles, including La Liga with Real Madrid, while his two stints at Chelsea yielded eight trophies in total.

Mourinho would be a popular appointment if he were to replace Van Gaal.

LVG out, Mourinho in seemed a popular idea among our Twitter followers yesterday…

The rumours continue! #MUFC fans, what would you prefer? To keep LVG or to get Jose in? https://t.co/xEwtgcJcyq

Furthermore, according to the Daily Mail, Mourinho is ‘ready and willing to walk into Van Gaal’s shoes’ at Old Trafford.

Like The Sun, the Daily Mail report that Van Gaal is clinging on to his job by his fingertips and that he could be gone before Boxing Day, while a defeat at the Britannia Stadium will “in all likelihood” seal his fate for certain.

Despite his dismissal from Chelsea being very raw, Mourinho does not plan to take a break for football.

Last week BBC Sport quoted a statement from the agency that represents Mourinho as saying: “He will not be taking a sabbatical, he isn’t tired, he doesn’t need it.

“He is very positive and is already looking forward.”