Eighteen of 20 Premier League teams have already played their 17th fixture of the season, with Saturday and Sunday delivering 25 goals and plenty of festive drama.

Ahead of tonight’s final pre-Christmas game – Arsenal vs Manchester City – we pick our Premier League team of the weekend for matchweek 17. 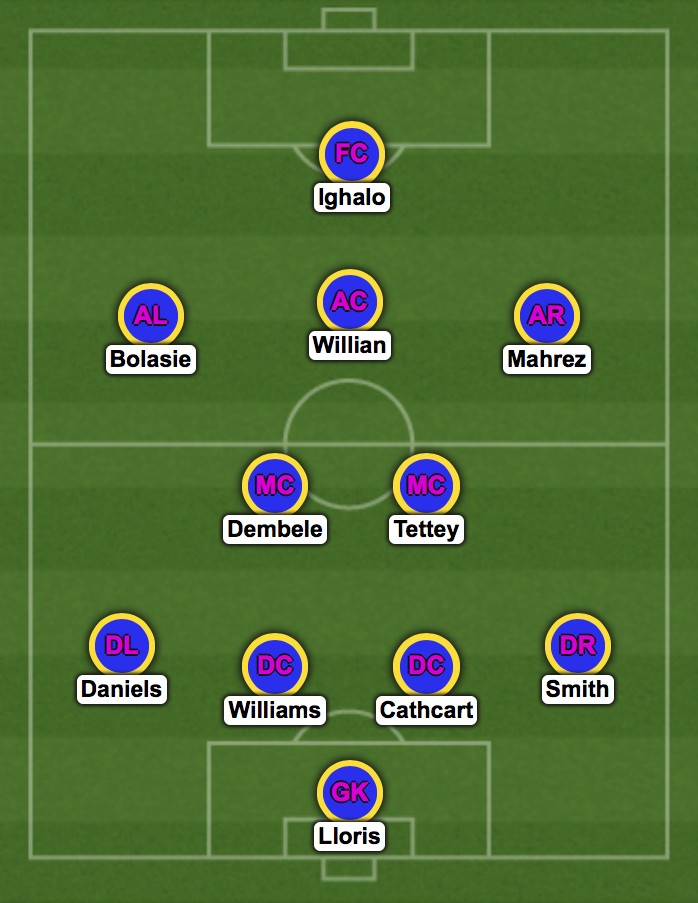 Hugo Lloris was the goalkeeper of the week. He made four saves, including two stunners, to help Tottenham Hotspur record their sixth clean sheet of the season in 2-0 win at Southampton.

Both of Bournemouth’s full-backs – Adam Smith and Charlie Daniels – scored and were fantastic as the Cherries earned a 2-1 victory at West Bromwich Albion.

Sunday’s 0-0 draw between Swansea City and West Ham United was painfully dull to watch, but Ashley Williams was rock solid as the heart of the Swans defence.

This weekend’s other stand-out centre-back was Watford’s Craig Cathcart, who kept Liverpool’s expensive forward line at bay as the Hornets romped to a 3-0 triumph in Hertfordshire. Cathcart was a busy boy – making four tackles, three interceptions and four clearances. At the other end, Odion Ighalo bagged a brace en route to being named man of the match.

Despite Watford’s Sunday heroics, the performance of the weekend goes to Norwich City for their display in downing Manchester United 2-1 at Old Trafford. Alex Tettey – scorer of Norwich’s second – was outstanding in the middle of the park.

Chelsea returned to winning ways following the sacking of Jose Mourinho, beating Sunderland 3-1 at Stamford Bridge. Willian, one of the few Blues players who haven’t been awful for most of the season – did not get on the scoresheet, but he was excellent and claimed an assist.

Finally, Yannick Bolasie was unstoppable in Crystal Palace’s 2-1 success at Stoke City. The Congolese star destroyed the Potters with his dribbling.