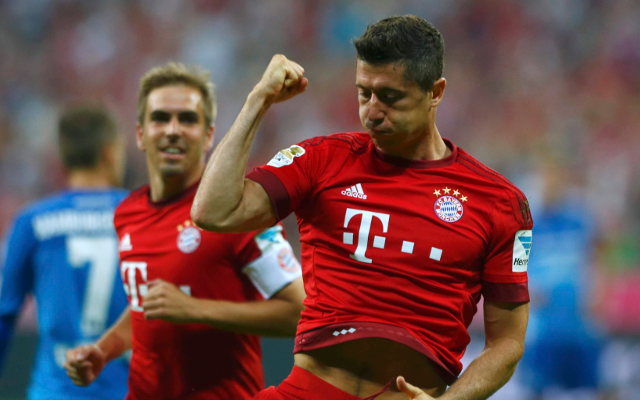 Carlo Ancelotti is set to take over at Bayern Munich at the end of the season, and the Italian tactician has insisted that Robert Lewandowski shouldn’t be sold.

Following an announcement from the club that current boss Pep Guardiola would be leaving next summer when his contract expires, it was confirmed that Ancelotti would be his successor in Bavaria.

In turn, that has led the former AC Milan boss to consider his options with his new squad ahead of next season, and he is ready to stand in the way of any pursuit of Lewandowski, according to AS.

The Polish international has already scored 29 goals in all competitions this season, and that in turn has unsurprisingly attracted attention from around Europe including from Real Madrid.

While the Bayern striker did little to play down those reports earlier this week, the Spanish giants would undoubtedly be in a position to hand him a much more lucrative deal if he decided to move on.

However, it is claimed that Ancelotti made it a stipulation of his agreement with the Bundesliga champions to keep Lewandowski at the club ahead of his arrival as he sees the 27-year-old as a key part of his plans moving forward.

Meanwhile, it is also said that the experienced Italian has insisted that Douglas Costa, Arjen Robben and Franck Ribery remain at the club as he looks to maintain the level of success that the club has enjoyed under Guardiola and continue to help them win trophies both at home and abroad.