Manchester United manager Louis van Gaal may be on the hottest seat in the Premier League, but contrary to what some pundits apparently believe, he has not been fired yet. This revelation has apparently stunned BBC pundit and former Manchester City winger Trevor Sinclair, who was forced to backtrack from the claim that Louis van Gaal has already been given the boot.

According to the Express, Sinclair tweeted earlier this week that Van Gaal had been fired by Man United executive Ed Woodward. 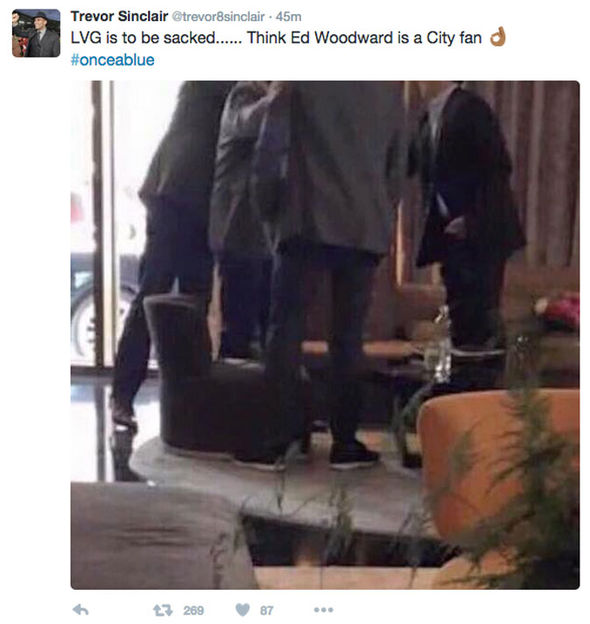 However, Sinclair later distanced himself from the messages, calling it a “school boy error” and claiming that he left his phone alone at a Christmas party, implying that someone else to make the Tweets instead of him.

“School boy error. Left my phone on the table at a Christmas party. Sincere apologies for my last 2 tweets.” Sinclair later said.

Manchester United have lost three straight between the Champions League and Premier League, getting dropped into the Europa League and fifth place on the table respectively in the process. Meanwhile, one of the key players he sold over the summer, Javier Hernandez, has been averaging an incredible 0.96 goals per game for Bayer Leverkusen while Man United have struggled to score goals all season.