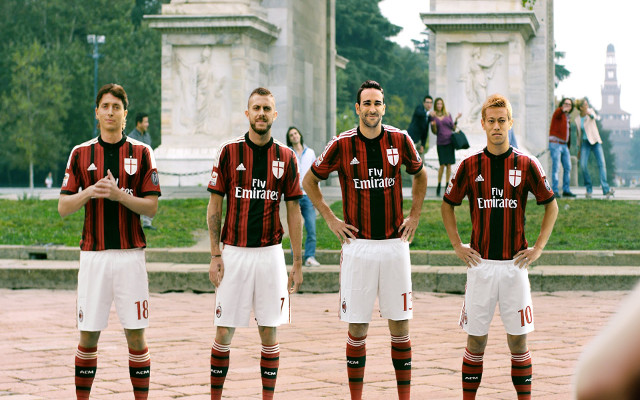 When the police in Italy can’t catch the bad guys, citizens can rely on their star footballers and a model to get the job done – or at least that was kind of the message in a new commercial that features several high-profile AC Milan stars.

As part of a new promotion with Toyo Tires, AC Milan stars Keisuke Honda, Ignazio Abate, Mattia de Sciglio and Riccardo Montolivo were featured in a commercial in which they chased down a pair of robbers.

Using their football skills, the help of a model driving a luxury car and an assist from, of all people, manager Sinisa Mihajlovic, they bring the robbers to justice.

At the end of the commercial, Mihajlovic sees a newspaper highlighting the event and expresses outrage that he does not get credited with the arrest.

Milan finished 10th last season but are sixth through the first of the 2015-16 Serie A season.