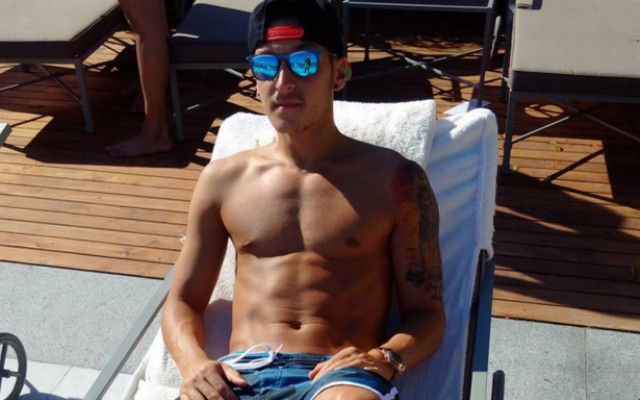 Arsenal playmaker Mesut Ozil may be in the form of his life at the moment, but that didn’t stop him from legging it off to a beach holiday for some rest and relaxation before their next Premier League clash with Southampton.

Ozil helped set up both goals during Monday’s 2-1 win over title rivals Manchester City, but less than 24 hours later he uploaded a snap onto his personal Instagram account from an undisclosed location.

The German international looked relaxed as he soaked up the sun and will likely have been granted a few days off by Arsene Wenger to help him continue his fine form.