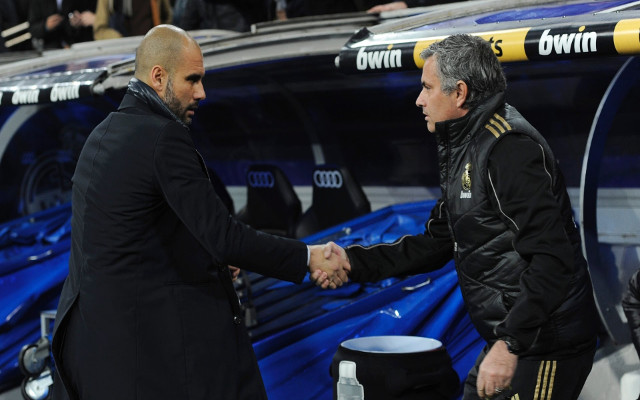 Louis van Gaal isn’t the only manager of a major club failing to meet expectations. Real Madrid boss Rafa Benitez is struggling to keep a hold of his job as well and could very well be shown the door if Los Blancos fail to achieve their goals in La Liga or the Champions League this year. As a result, the La Liga giants are looking into bringing back manager Jose Mourinho in a move that could put a damper on Manchester United‘s plans.

According to Cadena COPE and AS, Mourinho has not yet ruled out a return to Real Madrid for a reunion with club president Florentino Perez, a man the Special One has a “good relationship” with.

Mourinho managed Real Madrid from 2010 to 2013, winning the La Liga title, Copa Del Ray and Supercopa de Espana during his short tenure. The club went to the Champions League semifinals three straight times before leaving by mutual consent to take on a second stint at Chelsea.

Despite leading Chelsea to the Premier League and League Cup titles in the 2014-15 season, the Blues began the 2015-16 season with just 15 points in 16 matches for the worst title defense in Premier League history and were eliminated from the League Cup tournament by Stoke City.

Man United have been pegged to bring in Mourinho to replace embattled manager Louis van Gaal, but Real Madrid have plenty of familiarity with the Special One – even if many of their veteran players still dislike him.