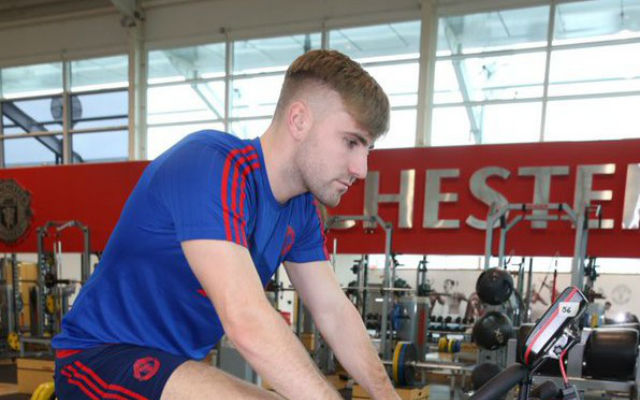 Despite allowing the fewest goals in the Premier League this season, the absence of superstar defender Luke Shaw has been glaring at Manchester United since his devastating leg break in the Champions League several months ago. Luckily for the struggling Red Devils, the young defender appears to be on pace for a full recovery, and could even be back with the team in time for some football at the end of the season.

Early on Wednesday morning, Shaw tweeted that his broken leg is “feeling really good” ahead of his return to London for Christmas with his family.

Heading back home to London for Christmas! Legs feeling really good! hope everyone has a good Christmas

The statement from Shaw falls in line with the projection from the Metro that Shaw will be set to return to the pitch in April 2016, which could be just in time to help the Red Devils make a late run at the Premier League or even the Europa League.

Shaw suffered a double-break in his leg after a collision with PSV Eindhoven defender Hector Moreno in the Champions League back in September.

SEE MORE:
Clinton N’Jie injury: Tottenham likely to buy in January after striker ruled out for up to 3 months
(Images) Cristiano Ronaldo hangs out with NBA stars and cheerleaders during Real Madrid Christmas break
Video: Guus Hiddink sends message to Chelsea stars ahead of first game