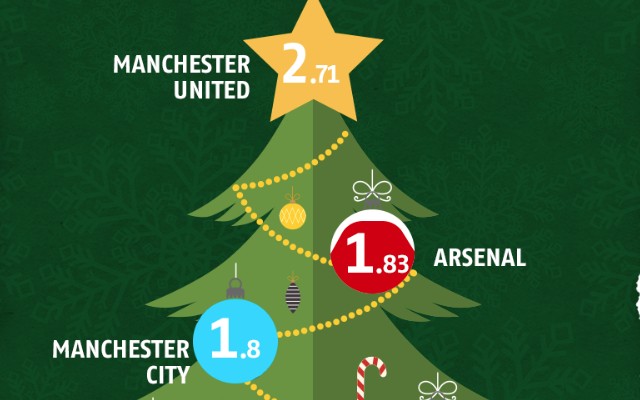 Boxing Day is the best day of the year. The house is full of decadent food and booze and there is a full fixture list in the Premier League.

Some teams, historically, enjoy Boxing Day more than most – as the below stats, courtesy of Bwin, demonstrate. These stats make good reading for Arsenal, Manchester United and Chelsea, but not for Aston Villa!

Arsenal, who visit Southampton, should be boosted by that fact that manager Arsene Wenger’s Boxing Day win percentage is a whopping 75% – the highest of all Prem bosses. 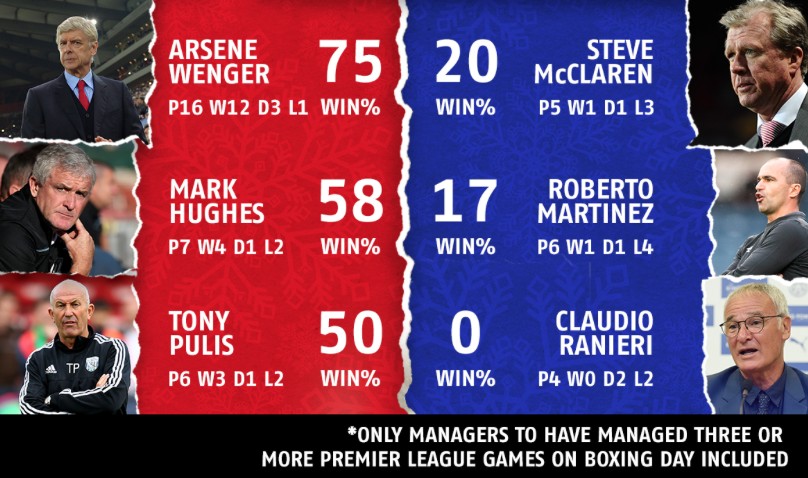 The stats above should also give hope to Liverpool, who host Claudio Ranieri’s Leicester City tomorrow.

We all know that Man United have struggled in the scoring department this season, but the Red Devils are the Premier League’s most prolific goal-getters on Boxing Day, having averaged 2.71 goals per game down the years. 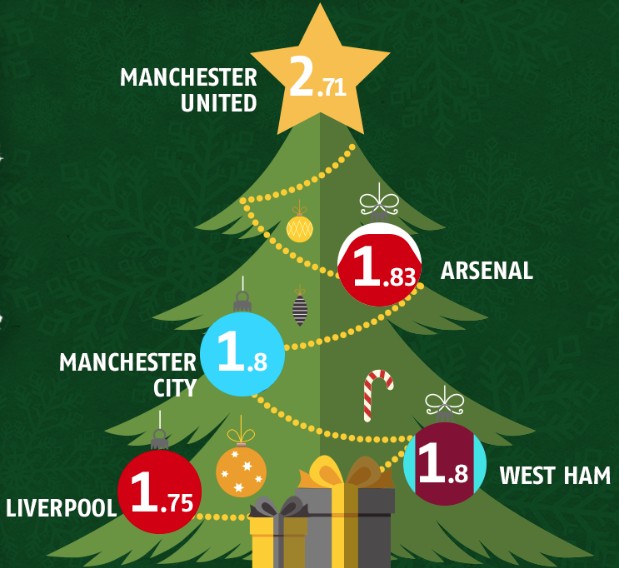 Watford have the worst goals per game ratio in terms of conceding, but the Hornets have only played twice on this date in the modern top flight.

Villa can have no excuse for their poor record, having played in the Prem in every season since its inception. 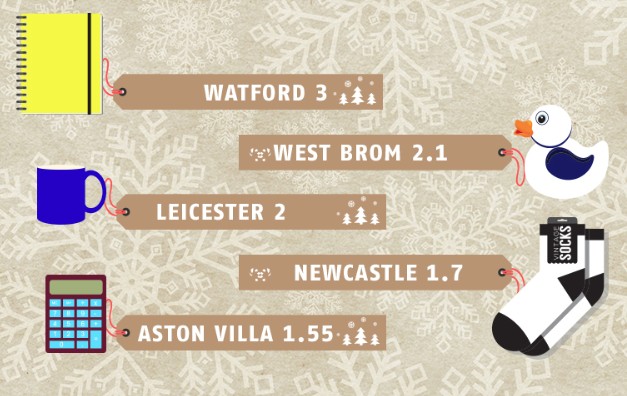 Man United are not only the Premier League’s biggest Boxing Day scorers, they are also the most in-form team when it comes to December 26.

United have won the day after Christmas for the last three years in a row – as have Chelsea.

Most in-form Premier League teams based on Boxing Day results

Check out the complete Boxing Day Premier League table below. 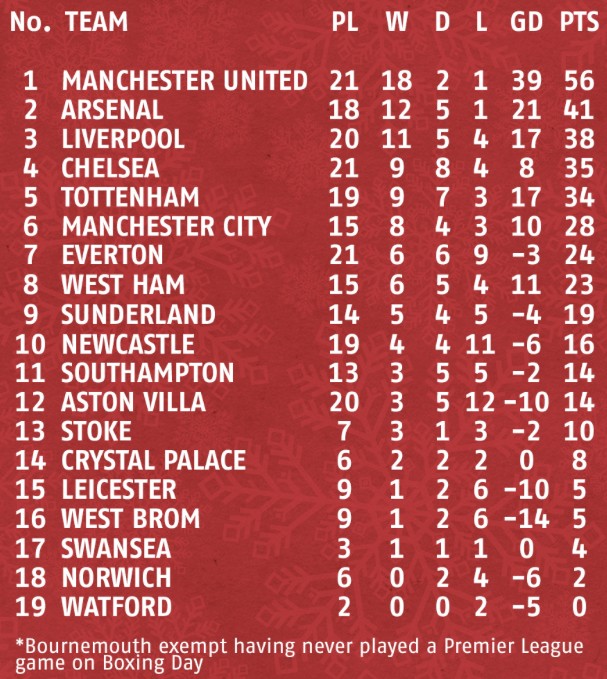 All-time Premier League table based on Boxing Day results only