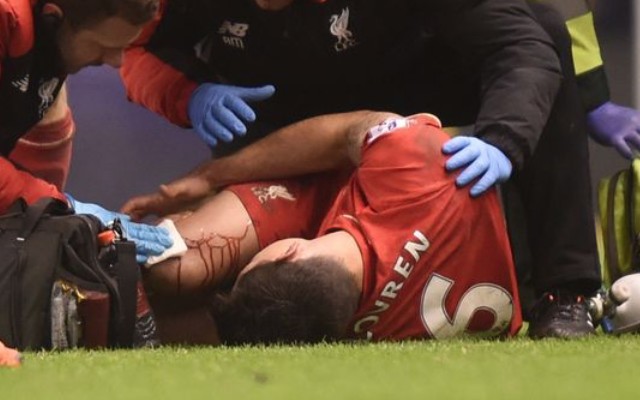 Liverpool defender Dejan Loven was pictured back in training on Christmas Eve.

The £20m centre-back left Anfield on crutches 11 days ago, after being the victim of a horrible tackle from West Bromwich Albion’s Craig Gardner in a 2-2 draw.

Early reports claimed that Lovren would be sidelined for three weeks, but he is now back in the fold and expected to face Leicester City on Boxing Day.

Lovren was still wearing strapping on his troublesome right knee during training.

However, he looked sharp, which is good news for the Reds, who will be without Martin Skrtel this weekend.

Skrtel picked up a hamstring injury in Liverpool’s last match – a 3-0 defeat at Watford.

Liverpool sit ninth in the Premier League. They can climb to eighth by bettering West Ham United’s result on Boxing Day. However, the Reds could drop to 12th if they lose and Everton, Stoke City and Southampton all win.