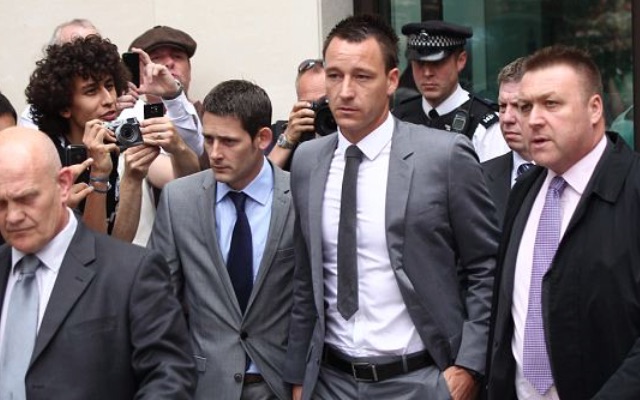 John Terry is Mr Chelsea. The Blues captain is the only first-team regular at the club who has come through the ranks at Stamford Bridge.

The 35-year-old is a one-club man. Apart from Nottingham Forest, where he had a six-game loan spell in 2000, Chelsea and England are the only teams Terry has played senior football for.

It is hard to imagine Terry turning out for anyone else, but his contract is up at the end of the season, so he could be on the way out next summer.

Terry might get a new deal, of course, but it is likely that the Blues will look to replace him with a younger model at the heart of their defence.

Another option for Terry would be to retire from playing and move into another role at Chelsea – maybe a coaching position or something ambassadorial.

In fact, former Tottenham Hotspur boss Harry Redknapp reckons Terry could even replace Guus Hiddink in the dugout next summer.

In his London Evening Standard column, Redknapp wrote: “John Terry should be given the chance to manage Chelsea next on a permanent basis.

“He’s a leader of the club, he knows everything about them and although there haven’t been many examples in the past, some players have gone straight into management at a high level.

“Kenny Dalglish did it as a player-manager, although I don’t think John should do it that way. Pep Guardiola did it at Barcelona after a year with their ‘B’ side.

“Didier Drogba potentially coming in as a coach shows that Roman Abramovich recognises the importance of inside knowledge. John has that in abundance. He might need a few people around him, even Guus Hiddink as an adviser.

“As for now, Guus can’t lose. He has a fantastic group of players and the only way is up. They could still go on a run and finish in the top four. Guus can get them through to the end of the season — and then why not give John a crack?”

Hiddink, at the age of 69, is clearly only a short-term appointment, but surely it’s too soon to give the job to Terry.

Or is it? What do you think?