Barcelona have MSN – Messi, Suarez and Neymar – Real Madrid have the BBC – Bale, Benzema and Cristiano – but Chelsea have CPOW in their attack.

Hazard should be fit again when Chelsea host Watford on Boxing Day, according to the Daily Star, but new manager Guus Hiddink is may opt to leave him among the substitutes.

If Hazard is – as expected – passed fit to play then Radamel Falcao will be the only injured member of Chelsea’s squad.

With plenty of options, see below how we think Hiddink will line up his troops against Watford, who begin the game 10 points clear of the Blues.

As you can see, we reckon Hiddink with go with the same back four as played against Sunderland, leaving Gary Cahill in the shadows.

However, one change to the XI could see Cesc Fabregas dropped for poor form and replaced by Ramires, who many Chelsea fans believe deserves more game time. 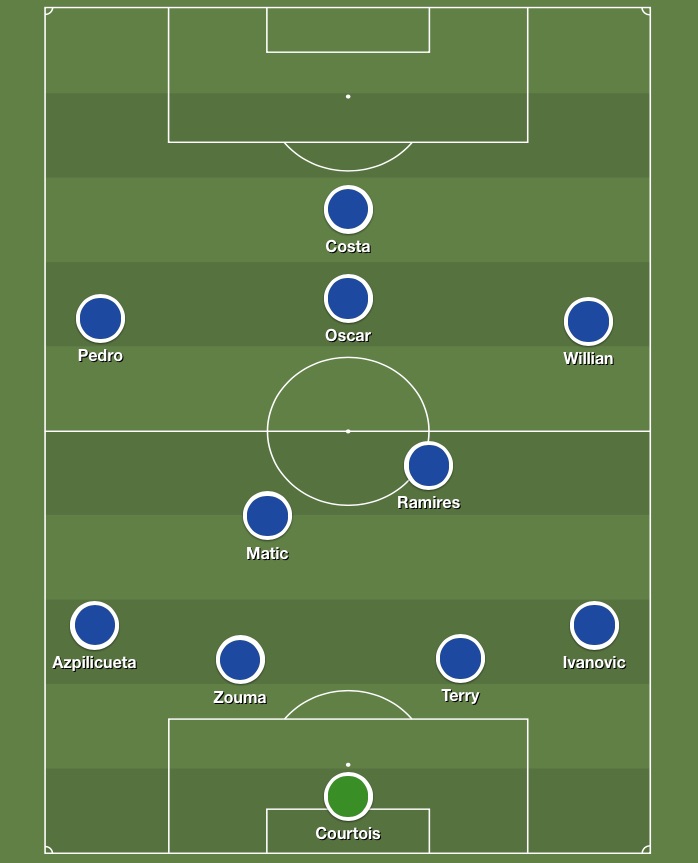 Chelsea have won their last six games against Watford, scoring 20 goals and conceding just one in the process.