After failing to win any of their previous four matches in all competitions, the last thing Liverpool need is the visit of Premier League leaders Leicester City on Boxing Day. Ah well, life’s a bitch.

However, Jurgen Klopp still has plenty of options and therefore many choices to make regarding his team selection. Here’s how we expect Klopp’s Liverpool XI vs Leicester to look… 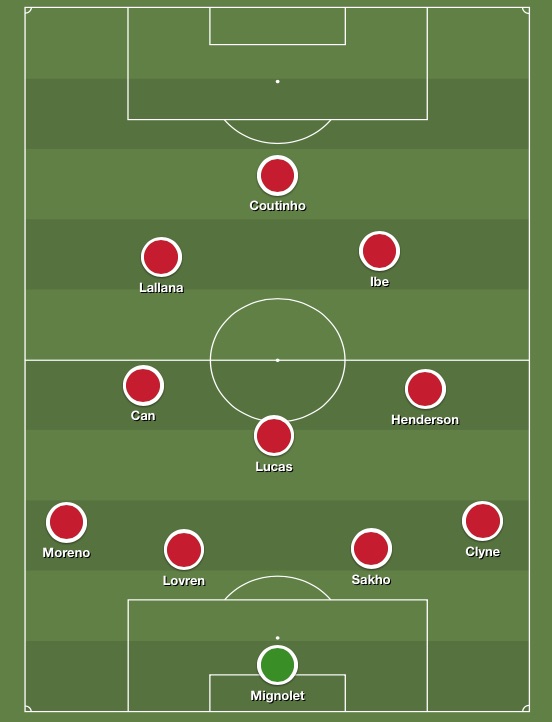 No.2 goalkeeper Adam Bogdan had a horrible time on his first Premier League start last weekend, making an early howler in the 3-0 loss at Watford. Fortunately for Liverpool, Simon Mignolet is fit again, so Bogdan will return to the bench.

Liverpool’s back four will be pretty much the same as it was at Vicarage Road, but Dejan Loven, who is expected to be sporting a heavily-banaged knee, will come in for injured centre-back Martin Skrtel.

Lovren and Sakho will have their hands full, up against Jamie Vardy and Riyad Mahrez, but they should be well protected by the likes of Emre Can, Lucas Leiva and captain Jordan Henderson.

Christian Benteke is out of form, but, even if the big Belgian was playing well, Klopp would be foolish to pick a big no.9, which would be playing into the hands of Leicester centre-backs Robert Huth and West Morgan.

Pace and trickery is what Liverpool need to scare the Foxes backline. Therefore, Philippe Coutinho is the man who should lead the line in a false nine role, supported by the craft of Adam Lallana and the raw speed of Jordon Ibe.