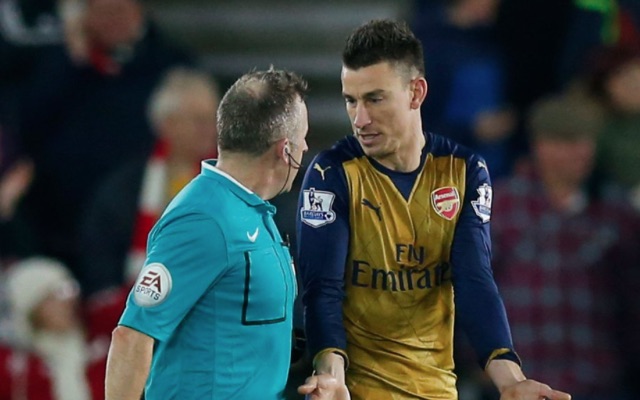 Arsenal ruined Christmas for their supporters on Boxing Day by getting thrashed 4-0 at Southampton in shambolic fashion.

As the scoreline alone will tell you, Arsenal were awful. But how awful? That question can be answered by reading All Arsenal‘s player ratings.

The leading Gunners blog were very unimpressed with Laurent Koscielny and Per Mertesacker especially. The centre-back pairing only scored 5/20.

Read All Arsenal’s ratings in full below.

He couldn’t really have done anything either of the first two goals, and you can hardly blame him for the third. He wasn’t his usual commanding self though, and certainly could have done far better for the fourth goal.

Whether it was down to instructions or a lack of discipline, neither of our full-backs offered much support to our centre-backs. Bellerin was also poor going forward, and his crossing was really shocking.

Just as absent defensively as Bellerin, which is not like the senior Spaniard at all.

The German was truly shocking tonight, and this rating may even be a little kind. He couldn’t handle the pace of Shane Long or Sadio Mane, and he wasn’t exactly dominant in the air to make up for it. We played a high line against a team full of pace, and Mertesacker was punished.

Koscielny has been the best centre-back in the league this season, but you couldn’t tell by his performance against Southampton. He was slipping and sliding all over the place, making shocking mistakes, getting outplayed by Shane Long, and looked totally amateur.

The Frenchman put in a couple of good challenges early on, and looked as though he could be key in us getting something from the game. He slowly faded though, and eventually offered next to no protection to the struggling Koscielny and Mertesacker.

Sloppy on the ball, failed to do his defensive duties, and didn’t offer enough going forward. We were guilty of giving away possession constantly, and far too often Ramsey was the culprit.

The German was arguably the best Arsenal player on the pitch, but that really isn’t saying much. He failed to influence the game much at all, but that was largely down to the fact that we couldn’t keep possession for more than a few seconds.

One of the better performers on the night, putting in a defensive shift and trying to make things happen going forward. He gave the ball away just as much as the rest of the team, but certainly seemed to be putting more effort in.

Similarly to Campbell, Walcott was putting in plenty of effort. He was arguably our biggest threat going forward, but still barely had a chance.

Looked decent initially, but soon drifted into obscurity. He was a ghost in the second half, and we really needed a bit more effort from him.