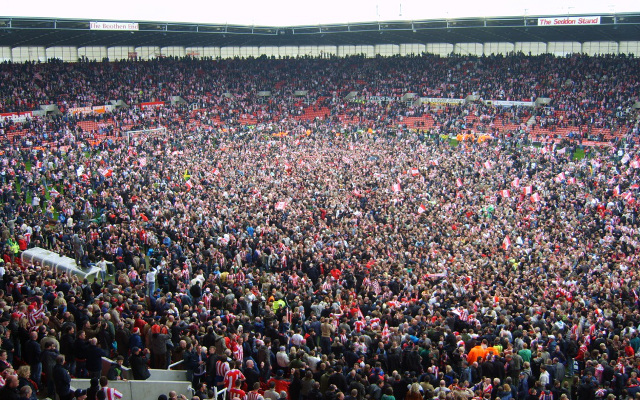 Stoke City fans love to kick their more illustrious opponents when they are down on their luck.

Stoke supporters taunted LVG by singing the name of former Chelsea boss Jose Mourinho, who has been touted as a likely replacement for the Dutchman at Old Trafford. One fan took his trolling to the next level, displaying impressive arts and crafts flair in the process…