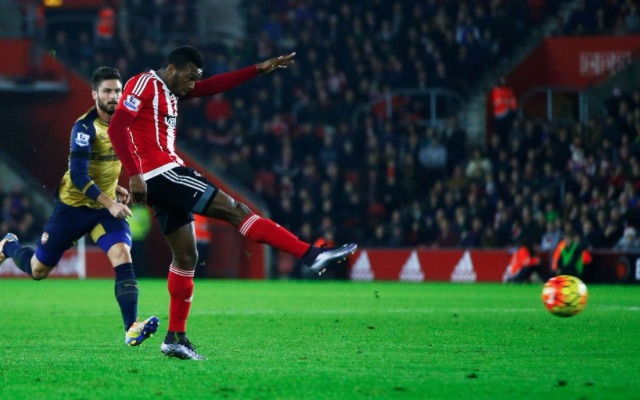 The 26-year-old Curacao international had to wait until Boxing Day to make his first start in the Premier League. Nineteen minutes into his first Premier League start, he did this…

Martina is not known for his goalscoring ability, but it will take a long time to forget this outside-of-the-boot effort, which put Southampton 1-0 up against Arsenal, who need a win to replace Leicester City at the top of the table.

Arsenal’s Petr Cech was slightly out of position, having taken one step too many to his left, but the goalkeeper should not be the focus when looking at a goal as special as this one.

Southampton have lost five of their last six games before today and have not won a match since November 7, so Martina’s wondergoal was very timely.

Martina came to Southampton from FC Twente, where he spent two seasons following a two-year stint at RKC Waalwijk.

SEE ALSO:
Arsenal to release three players to free up £200,000 worth of wages
Boost for Arsenal as Barcelona turn transfer attention elsewhere
Arsenal to splash out £33m in January to fill Coquelin hole