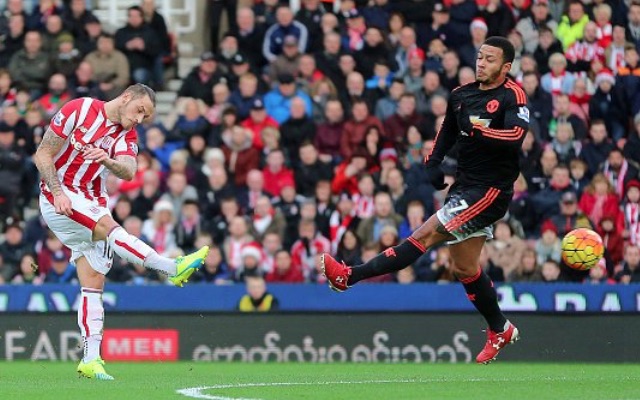 He’s just added Manchester United to that list with an absolute screamer.

The Austria international belted home from long range to put Stoke City 2-0 up against the Red Devils, after 26 minutes of play on a windy Boxing Day in Staffordshire.

Stoke are in a very strong position, two goals ahead at half time. Bojan Krkic fired them ahead on 19 minutes, following a dreadful error by Memphis Depay.