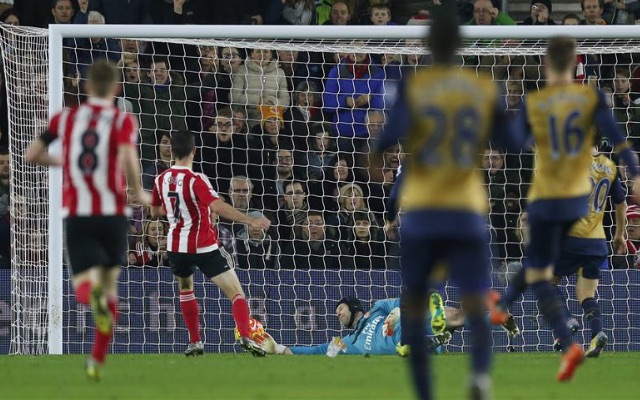 Arsenal went 2-0 down at Southampton thanks to a controversial goal by Shane Long.

Long tapped home from close range on 55 minutes – doubling the lead earned by Cuco Martina’s first-half wonder-strike – but it was what went on in the buildup that irked Arsenal.

Gunners players complained that Long had fouled Laurent Koscielny as the Saints striker ran away from the Frenchman to find space to receive Sadio Mane’s low cross, which found him after nutmegging Per Mertesacker.

Long’s goal was Southampton’s third of the night, but their second – which found the net courtesy of Virgil van Dijk five minutes earlier – was ruled out for offside.

They have since gone 3-0 up though, via a Jose Fonte header on 69 minutes.

Arsenal need to win tonight to return to the top of the Premier League table, but that seems very unlikely now.