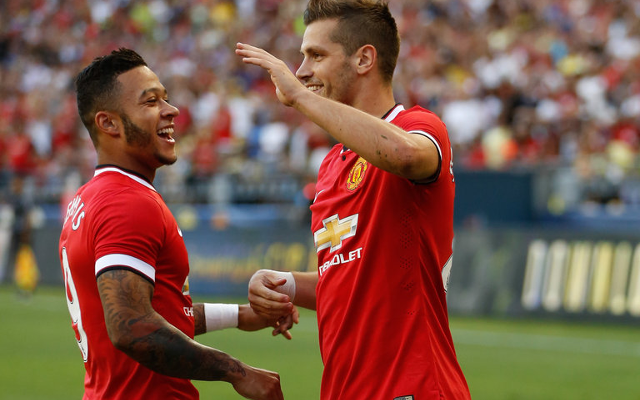 Manchester United forward Memphis Depay has revealed that he almost signed Liverpool in the summer, before ultimately moving to Old Trafford.

Speaking to Dutch newspaper AD [as per the Express], the attacker admitted that he received ‘concrete’ interest from the Anfield giants, then managed by Brendan Rodgers, but ultimately opted to join his compatriot Louis van Gaal at Manchester.

“I spoke to Liverpool, they were really concrete, but because of an injury in their team they wanted to wait a bit,” the 21-year-old began.

“But then Manchester United came. Very quick and very direct. At that moment you immediately know: this is it.”

Depay switched to Old Trafford from PSV Eindhoven for £25 million during the summer [fee via the Express], and Liverpool may well feel that they have dodged a bullet.

Despite one or two encouraging performances, the forward has managed only two goals in 14 Premier League outings for the troubled Red Devils, and has wholly failed to replace the goal threat of some of United’s departed stars such as Robin van Persie and Nani.

Indeed, Depay has been replaced by untested Jesse Lingard for spells of the campaign, and was at fault on Saturday when United were defeated by Stoke City, when a limp back header was picked up by Xherdan Shaqiri who crossed for Bojan Krkic to give the Potters the lead.