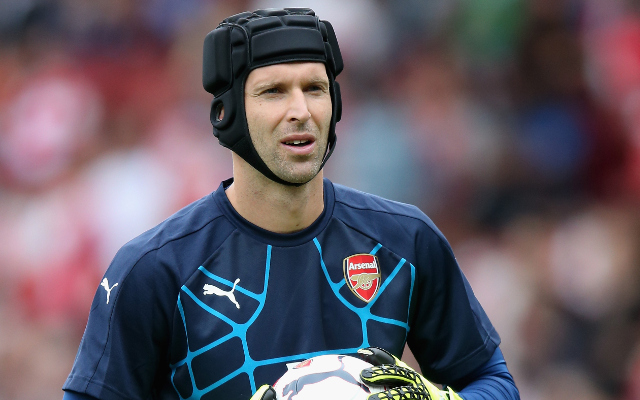 Arsenal goalkeeper Petr Cech was among many players on the team who failed to produce when the team inexplicably lost in a 4-0 laugher to Southampton on Boxing Day. Feeling upset over his own disappointing play on Saturday, Cech took it upon himself to apologize to Arsenal fans for his performance.

Per the Metro, Cech immediately apologized to fans at the Emirates Stadium after the devastating loss and even gave his game gloves to a fan in the crowd.

One happy Arsenal fan. She was given the gloves of Petr Cech. The pair he wore when he let in four. pic.twitter.com/ac3D1a7zx7

In an interview with the team website, Cech admitted that Southampton were on target with all of their shots and the team on the whole could not get enough done. He added that he expects Arsenal to improve on Monday when they play AFC Bournemouth.

“If you look at the number of shots they had – they had one in the first half and they scored a goal.

“In the second half both goals were practically the same. They had two shots and they put them in. Obviously when you play against a team which has this type of efficiency in front of goal then it is difficult to win games.

“Our performance was not as we wanted but that’s football – especially in the Premier League. When you have a day like that and you don’t find your way it is very difficult to win.

“We made more mistakes and with the possession we had in the second half we didn’t seem to find the right passes at the right time. We lacked efficiency. Football is about scoring goals and we couldn’t find our chances today and we got punished for it.

“The positive thing is there is a game on Monday and we will be ready to bounce back.”

The loss was Arsenal’s first in over a month and snapped a three-game winning streak in the Premier League and a six match unbeaten streak in all competitions.

The four goals surrendered by Cech were the most by Arsenal in the Premier League since March 22, 2014 – a 6-0 blowout loss to Chelsea.