It was good of injured Liverpool defender Martin Skrtel to help out at Anfield on Boxing Day.

If this isn’t the Slovakian stewarding during the 1-0 win over Leicester City then it’s his doppelgänger! 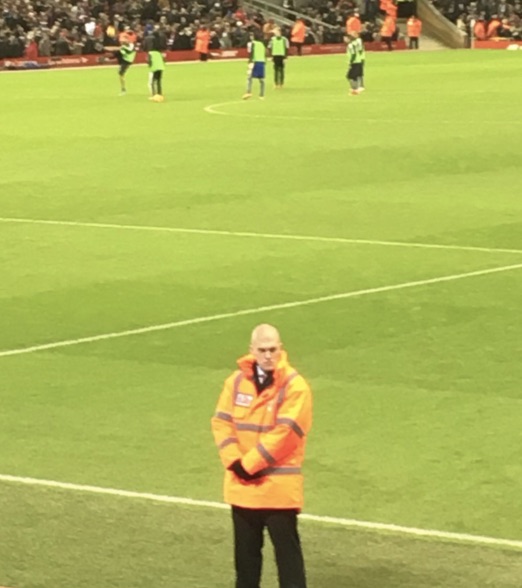 The sleeve tattoos which would have given Skrtel away are covered up by the orange high-visibility jacket, so I guess we’ll never know whether it actually is him or not.

Kidding. Of course it isn’t him. But it’s a very good lookalike!

The 31-year-old missed Liverpool’s visit of the Foxes with a hamstring injury. Christian Benteke scored the only goal of the game as the Reds toppled the Premier League leaders.