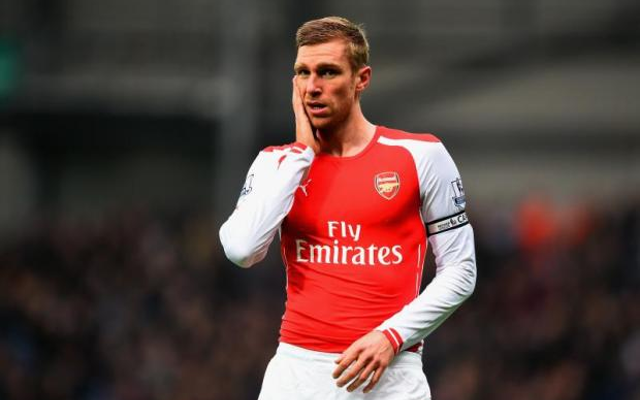 On the heels of an incredible goal from Arsenal defender Gabriel, Per Mertesacker was given a chance to double Arsenal’s lead and essentially put the game on ice. Instead, he made a rather ugly and perhaps even hilarious gaffe to keep the game knotted up at 1-0 heading into the half.

The ball bounced right off the goalpost and lingered in the air, right into the awaiting Mertesacker. Unfortunately, the ball hit him square in the face, went wide left and Mertesacker dropped to his back.

Mertesacker has not contributed a goal this season, and had just one assist last season. Nonetheless, the play still begs the question: How does Mertesacker miss a play like that?

Then again, Mertesacker was the team captain of Saturday’s devastating 4-0 loss to Southampton. Perhaps in his bid to make up for the poor performance he tried to hard to get the ball.

Regardless, the Gunners still went into halftime with a lead and full control of the ball.