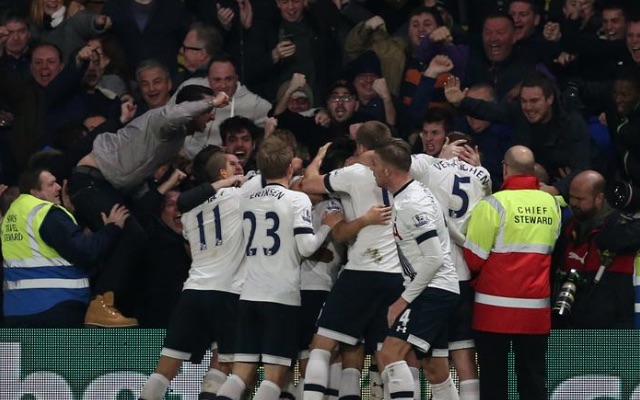 There was a dramatic conclusion to the Premier League clash between Watford and Tottenham Hotspur at Vicarage Road this afternoon, which finished with Son Heung-Min bagging the visitors a winner.

Watford had just come within an inch of going 2-1 ahead when Tottenham charged up the other end and snatched the points through a delicate Son flick which nutmegged ex-Spurs keeper Heurelho Gomes.

Son’s 89th-minute strike – his first in 13 games and fourth for the Lilywhites in total – added to Erik Lamela’s opener to mean that Odion Ighalo’s seventh goal in six outings counted for nothing.

Watford may complain that the South Korean attacker was offside, or at least was from the original delivery which Gomes punched back to Kieran Trippier under pressure from the Spurs substitute.

The Hornets will feel even more aggrieved to lose their five-match unbeaten run considering that three-quarters of the ball had crossed the line before Hugo Lloris scrambled cleared Ben Watson’s corner.