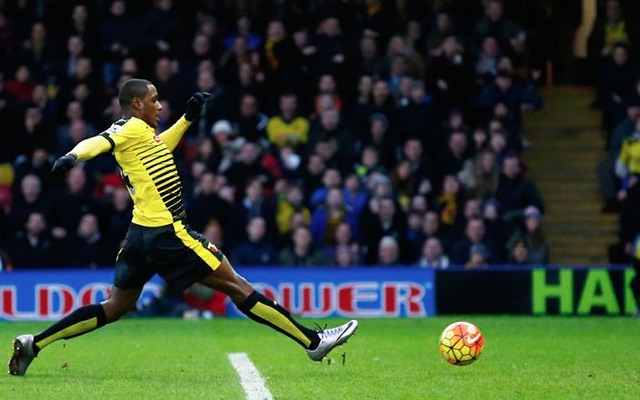 Tottenham Hotspur boast the best defensive record in this season’s Premier League, but the way in which they conceded just before half time in today’s game at Watford was awful.

Odion Ighalo, who has now scored in six consecutive matches, deserves lots of credit for bullying his way through a line of Spurs defenders.

However, serious questions have to be asked of Eric Dier, who was beaten in the air by Ighalo before he squeezed between Jan Vertonghen and Toby Alderweireld to poke past goalkeeper Hugo Lloris, who should have come off his line sooner.

Spurs, who took the lead on 17 minutes through Erik Lamela, have been the better side so far, but their dominance is not reflected on the scoreboard because of the above moment of mayhem caused by the red-hot Ighalo.

The goal from Ighalo was not the only setback Spurs suffered in the first half. Moments after conceding, they lost Mousa Dembele to injury. He was replaced by Christian Eriksen, who had been left out of the starting XI to give Tom Carroll a rare appearance in the first XI.