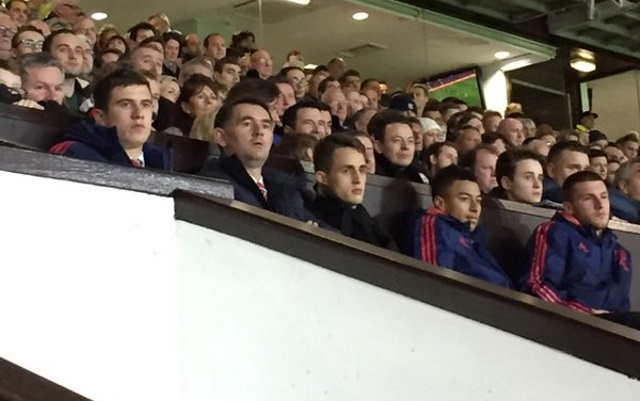 Manchester United‘s on-loan forward Adnan Januzaj was spotted at Old Trafford during the Red Devils’ draw with Chelsea, prompting speculation that he’s set for a return to the club.

I am pretty sure Adnan Januzaj is here @br_uk pic.twitter.com/3kzm3tTPQt

The Belgian featured for the Red Devils during the early fixtures of the campaign—starring against Aston Villa—but was sent on loan to Borussia Dortmund before the transfer window slammed shut.

The attacker has hardly shone in the Bundesliga; he took his time to make his first start for BVB, and has managed just six outings without yet finding the net.

However, United too are facing an offensive crisis—their 0-0 draw against Chelsea was their sixth of the season—and Januzaj’s would-be replacements, players such as Memphis Depay and Anthony Martial, are yet to truly ignite.

As the accompanying image shows, Januzaj was present during United’s stalemate with Guus Hiddink’s Blues on Monday, prompting The Sun to ask whether the photo ought to be considered as evidence that the player’s loan move in the Bundesliga will soon be brought to a close.

The 20-year-old impressed during his maiden season at United—scoring four and contributing three assists under David Moyes—but followed that up with only seven starts and no goals or assists under Louis van Gaal during the 2014-15 campaign.