Leicester City and Manchester City both face their second game in four days when they clash at the King Power Stadium on Tuesday night.

Ahead of this huge game – second vs third in the Premier League – we have predicted how the teams will lineup. Check out what we expect the starting XIs to look like below…

As you can see in the teaser above, Leicester are likely to name their usual back five.

Kasper Schmeichel, Wes Morgan, Robert Huth, Danny Simpson and Christian Fuchs have started together in five of Leicester’s last six games, with the 3-2 win at Everton, where Huth was suspended, the only anomaly.

The big news for Leicester relates to their attack. Star striker Jamie Vardy and wing wizard Riyad Mahrez are expected to be fit, despite both men being substituted off in Boxing Day’s 1-0 defeat at Anfield – Vardy with a reported illness and Mahrez because of apparent fatigue.

Leicester play 4-4-2, so Man City’s deed-midfield duo – probably Fabian Delph and Yaya Toure – will be expected to win the battle for possession, as well as guarding against Foxes counter attacks.

Kevin De Bruyne and Raheem Sterling are definite starters further forward, having scored 10 goals and provided a further 10 assists between them in the league this season.

It’s a straight shootout between Sergio Aguero and Wilfried Bony for Man City’s striking post. Bony is very useful in away games, but Aguero was rested against Sunderland and should be very fresh. 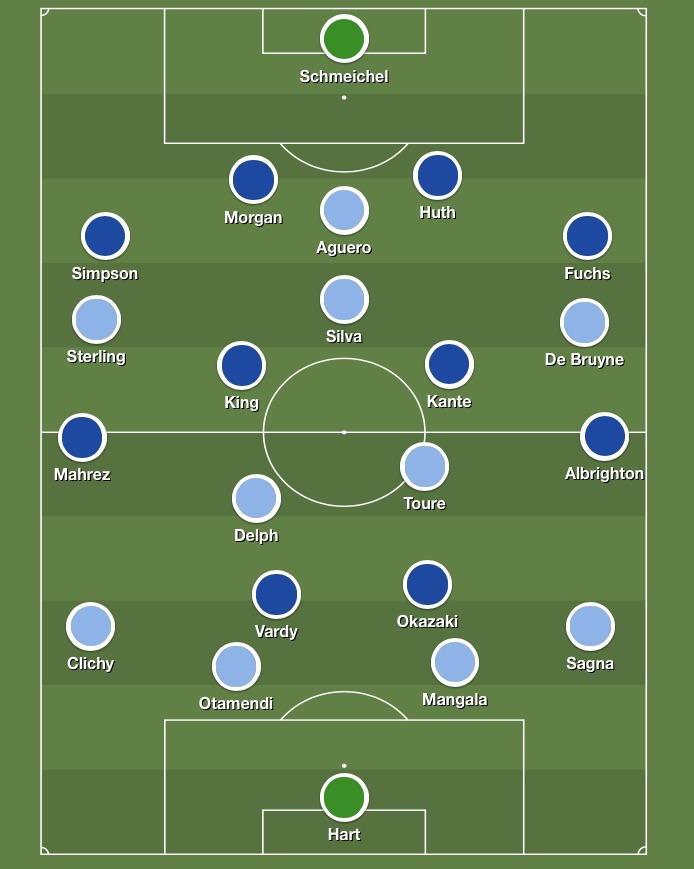