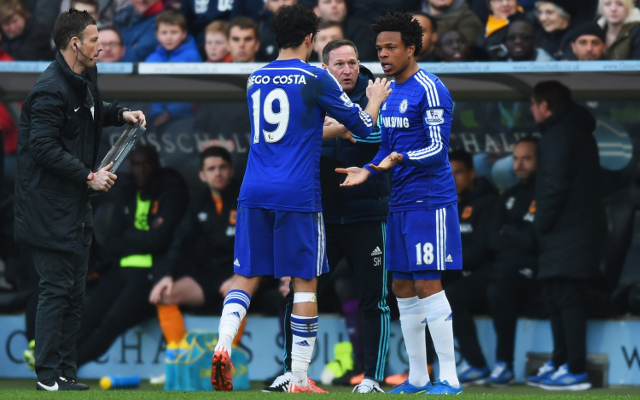 Aston Villa are pinning their slim hopes of avoiding relegation on Chelsea striker Loic Remy, it seems, with the French hitman being earmarked for a move to Villa Park in January.

There are few vestiges of hope left for Villa, who are rock bottom of the Premier League after 19 matches, having accrued only eight points from their games to date.

The decision to replace Tim Sherwood with Remi Garde is yet to bear fruit, with the Frenchman still looking for his first EPL victory, and the Villains find themselves eight points from safety with time ticking away.

Goals have been a problem, and despite some encouraging showings from summer recruit Jordan Ayew, they remain the division’s lowest scorers, with only 15 goals to date.

In a bid to solve their attacking woe, Garde is understood to be considering a move for Chelsea hitman Loic Remy according to reports, with the Mirror noting that the new manager is keen to tempt the international forward to Villa Park on loan.

While it’s hard to imagine the 28-year-old being coaxed to the Midlands for an almost inevitably futile battle against relegation, Remy has been there before—thriving in struggling Queens Park Rangers and Newcastle United sides—while he will surely be keen for first-team football ahead of France’s Euro 2016 campaign on home soil next summer.

Despite his class, Remy has struggled to assert himself at Stamford Bridge, making just eight appearances of which one was a start under both Jose Mourinho and Guus Hiddink so far this term.