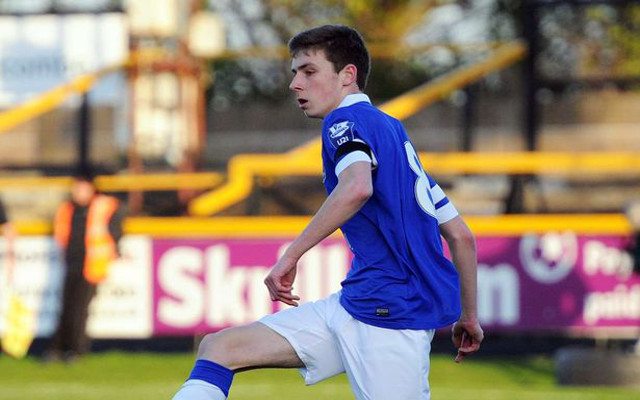 In spite of his win-now mentality, Louis van Gaal is still trying to build for the future with Manchester United. He already found his striker of the future with Anthony Martial and his defender of the future with (the now-injured) Luke Shaw. The midfield appears to be his next target for a young superstar and Everton youngster Joe Williams could be the guy.

According to the Metro, the 19-year-old central midfielder has been scouted by the Red Devils and earned “rave reviews” out of the Everton academy. With Williams poised to be promoted to the Everton first team, Man United are planning a transfer raid to land the highly-touted youngster.

The Toffees have earned a reputation for developing stars in their academy, including attacking midfielder Ross Barkley and superstar defender John Stones.

Man United famously broke the teenage transfer record on a young striker from Everton by the name of Wayne Rooney back in 2004.

Over the past few weeks, Man United have struggled to get the necessary production out of their midfield, and it has contributed to a winless run of over a month as of writing.