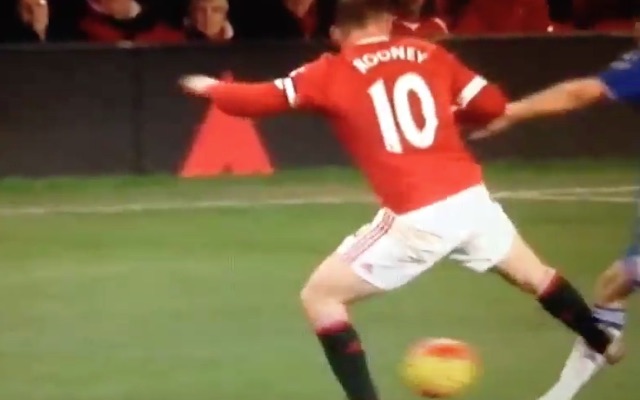 An engrossing Manchester United draw with Chelsea was notable for a series of fine chances for either side and a late horror tackle by Wayne Rooney.

While goalkeepers David De Gea and Thibaut Courtois both shone, making a string of sublime saves each to ensure the struggling sides remained level and preserved their clean sheets.

However, while the two stoppers showed off the good side of the game, Rooney, who cut a frustrated figure, let his annoyance bubble over with a reckless late challenge on Oscar.

The England skipper was lucky not to have been dismissed for a challenge which could easily have been ‘rewarded’ by a red card, but has spoken out after the match to defend his actions, insisting he didn’t mean to hurt the Brazilian attacker.

“It was accidental,” the 30-year-old began, speaking to The Sun. “I knew straightaway I caught him and I could have caused him a bit of damage.

“I apologised on the pitch. It was nothing meant and the referee saw that there was no intention of hurting him. He gave me a yellow card which I deserved.”

The draw leaves United in sixth in the Premier League table, one point behind Crystal Palace and five behind Manchester City, who occupy the fourth Champions League spot.

Chelsea, by contrast, are down in 14th, having amassed only 20 points from their opening 19 matches.