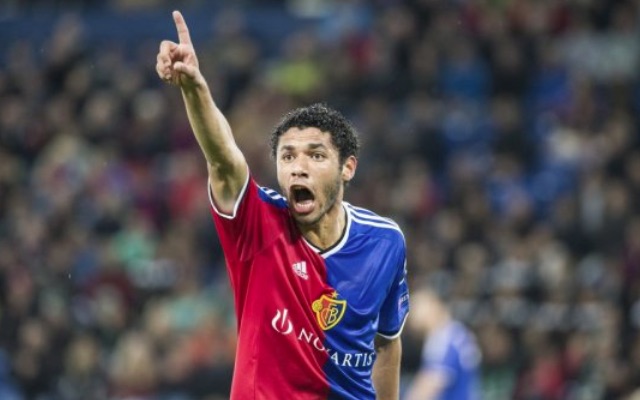 Arsenal’s midfield injury crisis has not stopped the Gunners from ending 2015 at the top of the Premier League table.

However, with Santi Cazorla, Francis Coquelin, Jack Wilshere, Tomas Rosicky and Mikel Arteta all on the sidelines, it seems that Arsene Wenger has accepted that reinforcements are required.

In fact, according to the Daily Mail, the Gunners are set to sign Basle’s Mohamed Elneny for £7.4m.

The Daily Star also report that 23-year-old Elneny is set for a move to the Emirates Stadium, claiming that he is expected to sign within the next few days.

Elneny, who has made 39 senior international appearances for Egypt, is arguably the complete central midfielder.

The Daily Mail describe him as holding midfielder with a physical presence, as well as someone who is capable of playing box to box.

If Elneny does – as the Daily Star suggest he will, sign for Arsenal in the next few days, he could make his debut in Saturday’s home game against Newcastle, although Sunderland in the FA Cup seven days later is a more likely date.

Elneny will not be cup tied for Arsenal’s last 16 Champions League tie with Barcelona, because he only played in the Europa League for Basle this season.

However, he has plenty of Champions League experience, having played 11 times in Europe’s premier club competition, including home and away against Real Madrid last season, as well as in a 1-0 win over Chelsea in November 2013.