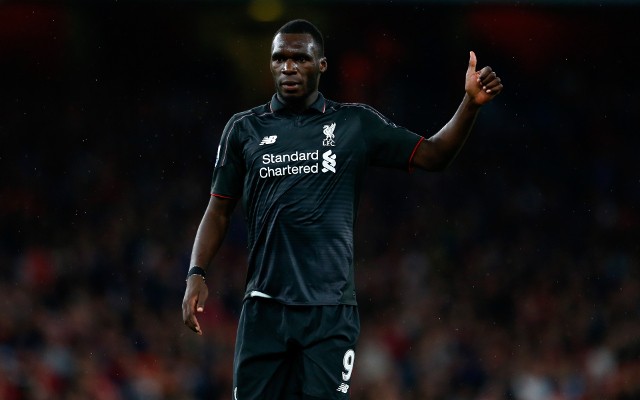 Our friends at Empire of the Kop have produced an excellent match report and chosen some of the big highlights from Liverpool’s 1-0 victory versus Sunderland tonight.

Christian Benteke bagged the winner for the second time in four days to put Klopp’s men level with United in 6th. The match was mostly uneventful, but the Belgian’s late miss proves that despite the fact he’s scoring, he’s still lacking the confidence Liverpool truly need in that final third.

Roberto Firmino’s effort is worth watching as well. What a save from Mannone!

Liverpool picked up another crucial 1-0 victory tonight against Sunderland, which put us level on points with Manchester United in 6th.

Christian Benteke scored the game’s only goal right at the start of the second-half, and despite some nervy moments, we were well worth our victory.

SEE MORE:
(Video) Vito Manone makes save of the season from Roberto Firmino

Liverpool though should have buried the game, and Jurgen Klopp will again be fuming that we missed sitters late on to put the game to bed.

He made just one change from the side that beat Leicester on Boxing Day, with Benteke, who scored the winner that day as well, replacing Divock Origi who’s injured with a hamstring problem.

This meant Lucas remained on the bench with the manager preferring to go with just Emre Can and Jordan Henderson in the middle, despite Sunderland’s five man midfield.

Following a minute’s silence for those associated with Sunderland who’ve passed away in 2015, the match began and Liverpool hit the ground running, forcing two corners and sending Roberto Firmino through on goal. The Brazilian messed up his one-on-one but the intensity, pressing and 4-2-3-1 shape was clearly visible. Nathaniel Clyne also had a go from 40-yards which would have been a goal of the season contender.

Clyne has a shot from fully 40 yards! pic.twitter.com/FT65v160ix

Dejan Lovren was happy to march from defence with the ball at his feet early on, and all evening he looked a vastly different defender to the one we’ve become accustomed to. In fact, under Klopp he’s improving every week. Long may it continue. After 25 minutes, Firmino slammed a thunderous right foot shot against the post from 30 yards. On further inspection it was actually a wonderful save from Vito Mannone, who got his fingers to the rasping effort. We failed to capitalise from the resulting corner, but were totally dominating Sam Allardyce’s men.

The same keeper then denied the same man, after Firmino headed Clyne’s cross at the stopper, but Reds held their breath as the captain Henderson limped off with an injury picked up off the ball. He returned with Klopp shaking his head in disbelief, and the half finished without further event.

As soon as the second-half began, Liverpool scored. Just 22 seconds in, in fact – the fastest in the league this season. Clyne looked to feed the anonymous Adam Lallana, who accidentally diverted the ball into Benteke’s path. The Belgian finished coolly to make it two in two for himself.

Sunderland looked rattled, but actually had the next chance. Luckily for us, it fell to Fabio Borini – who finished in exactly the same style he did during his Anfield tenure – straight at Mignolet. Emre Can then collected the game’s first booking despite a brilliant tackle on Borini – who was looking fired up. Can got the ball, but nowadays, tackles from behind get punished.

Henderson could no longer continue but his replacement Lucas played well. The Brazilian immediately played a nice pass to Coutinho, whose sharp strike was held by Sunderland’s Italian stopper with 20 minutes to go. Our talisman and no.10 grew into game late on and played a wonderful back-heel pass to Benteke, as well as having some rasping long range shots.

Jordon Ibe replaced Coutinho late on and missed a sitter, but it wasn’t as bad as Benteke’s shocker – with the Belgian unfathomably messing up a last minute one-one-one, just as he did at home to Leicester.

Still, we held out and the 25-year-old scored the winner in both.

The Reds march on. 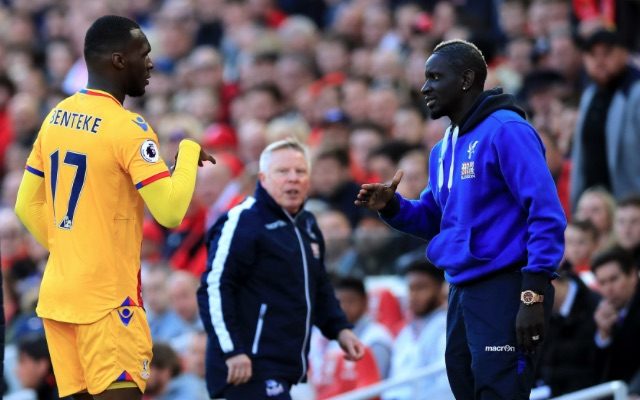