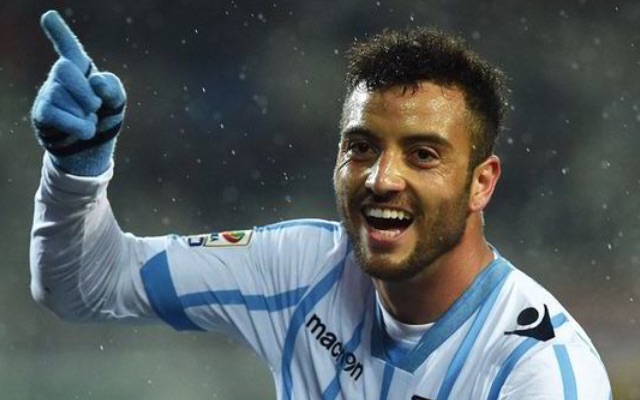 Manchester United are ready to roll the dice by bringing star Lazio midfielder Felipe Anderson to Old Trafford next month.

Anderson scored 10 goals and provided a further seven assists in 32 Serie A games last season, while he has already netted four times in the league this term.

He has proved himself in Italy, but United have been burned before when it comes to signing talented Brazilians.

Another Anderson – the one who left Old Trafford to join International earlier this year – and Kleberson both failed to live up to their hype with the Red Devils, as did twin brothers Fabio and Rafael da Silva.

Lazio’s Anderson is not United’s first choice signing, according to Calciomercato, who claim that Colombian James Rodriguez is the man at the top of the club’s wishlist.

However, Calciomercato also stress that Real Madrid have no intention of selling Rodriguez, so United have switched their focus to Anderson and are ready to offer €45m – £33.21m – to tempt Lazio to part with the 22-year-old in January.

United certainly need some sort of boost in the New Year. The Red Devils will end 2015 sixth in the Premier League table, five points adrift of the top four after 19 rounds of fixtures.