Liverpool need to end 2015 with a win in order to give their chances of qualifying for next season’s Champions League a boost.

The Reds go into Wednesday night’s game at Sunderland eight points below fourth place in the Premier League table.

Recent history favours Liverpool. They are unbeaten in their last six matches against the Black Cats, who are stuck in the relegation zone after losing 66.66% of their 18 league fixtures so far this term.

Liverpool manager Jurgen Klopp has plenty of injury issues to contend with.

The Premier League’s official website reports that Divock Origi is likely to miss out with a hamstring injury – the same ailment that rules Jordan Rossiter, Martin Skrtel and Daniel Sturridge out of the game.

James Milner and Jon Flanagan have both played their last match of 2015. The English pair have calf and knee concerns respectively. Meanwhile, summer signings Joe Gomez and Danny Ings are long-term absentees.

One good piece of fitness news for Liverpool could see Jordon Ibe return to action, having missed the Boxing Day win over Leicester City through illness.

Having absorbed the teams news, this is how we expect Klopp to line his troops up at the Stadium of Light… 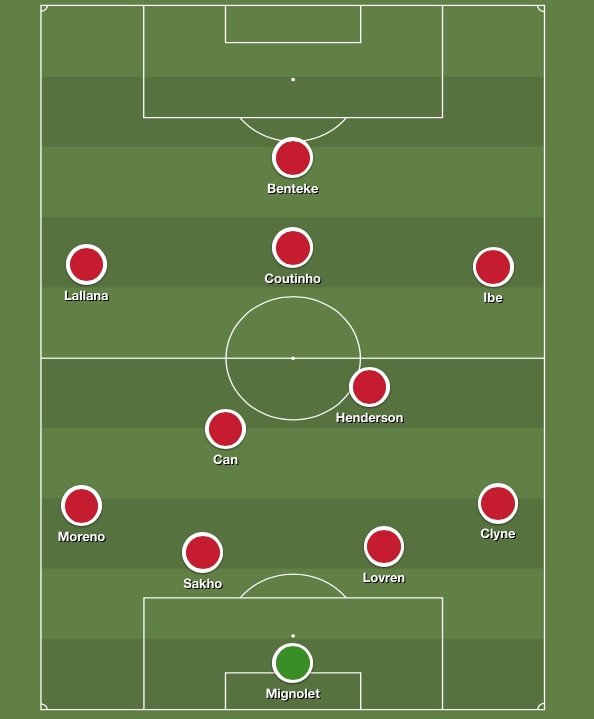