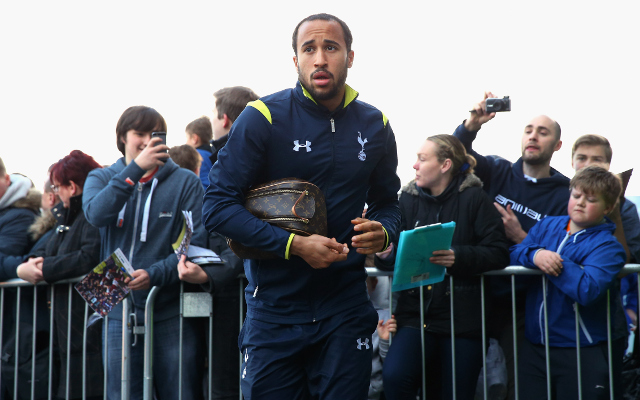 Andros Townsend has been just about everywhere over the course of his professional career, taking on loan spells with nine different clubs during his first five years for Tottenham Hotspur. After finally breaking into the Spurs first-team over the past two years though, the team is finally letting him go elsewhere.

According to the Metro, Sunderland are going to sign Townsend in the January transfer window and will give him a pay raise in an effort to escape the relegation zone, where they currently sit at 19th.

Per the source, one of the main reasons the Spurs are ready to send Townsend away was a clash with the team’s fitness coach last month in a win over Aston Villa.

Townsend has been featured only sparingly for Tottenham Hotspur and England this year, making just three Premier League appearances this season. He scored a goal in a friendly against Italy back in March and recorded an assist against Qarabag FK in the Europa League in September.