Tottenham Hotspur ended 2015 by winning 2-1 at Watford on Monday – their third victory in a row.

At the midway point of the season, they have 35 points. If they take another 35 from their remaining 19 games, they will record their second-highest Premier League total ever.

Their best haul – 72 – was only good enough for fifth place in 2012-13, but, with all the big teams dropping points for fun, 70 would almost certainly be sufficient for a top-four finish this term.

Here, we look at Tottenham’s season so far and assess their chances of success – and what their definition of success might be…

Spurs have really toughened up their spine this season. Toby Alderweireld has struck an excellent partnership with fellow Belgian Jan Vertonghen at the heart of Tottenham’s defence, while Eric Dier, who has started in 25 of his side’s 26 games in all competitions, has been brilliantly reinvented as an anchor man.

Further aided by one of the best goalkeepers on the planet, Hugo Lloris, Spurs have conceded the fewest goals in the Premier League this season,  just 15 – an average of 0.79 per game.

Spurs, for years, were a team who lived on the edge. They won the hard way. It was entertaining, but not conducive to success. That has changed this season. When they have been the much better team, they have handed out a thrashing. Two 4-1 wins, a 3-0 and a 5-1 – coupled with the fact they their only two defeats have come by a one-goal margin – have allowed Spurs to build a goal difference of +18. This is incredible when you consider that they have ended the last two seasons with modest differences of +4 and +5.

Another positive for Spurs is the way in which they have dealt with the Europa League. They qualified from a tough group in first place and have lost just one of their six domestic games directly after a Thursday engagement. 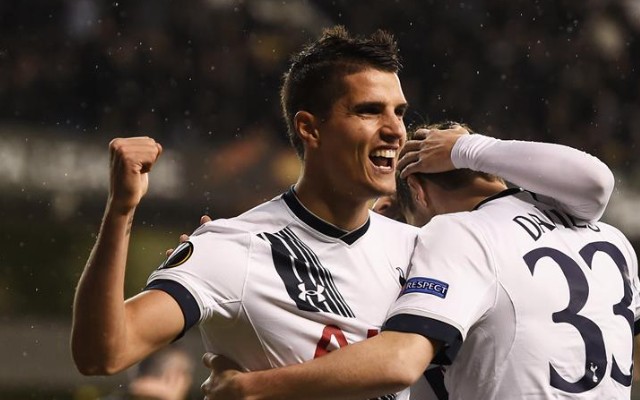 Spurs have dropped 13 points from winning positions, while draws have been too frequent. No Premier League team has drawn more games than Spurs this season. However, this was more a problem at the start of the campaign. Five of Tottenham’s eight league draws occurred during their first nine matches.

The Capital One Cup defeat at home to Arsenal in September was tough to take at the time, but, judging by his team selection, Mauricio Pochettino was far from desperate to continue in the competition. 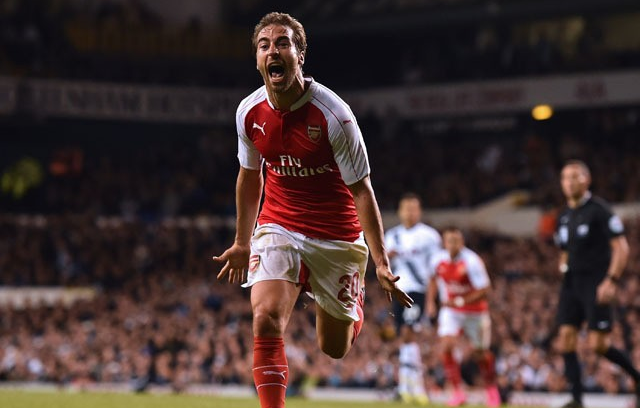 Player of the season so far: Toby Alderweireld – B+

There are many players in the mix for this accolade. But Alderweireld just edges out Dier, while Lloris, Harry Kane, Erik Lamela, Dele Alli and Mousa Dembele deserve honourable mentions.

The summer signing has played every minute of Tottenham’s Premier League campaign so far. He has only been dribbled past seven times, according to Whoscored.com, who say the ball-playing defender has made 995 passes to date.

Tottenham’s biggest success of the summer transfer window was that they retained the services of Lloris and Kane, who were named captain and vice-captain respectively after Manchester United failed to steal them, according to The Mirror. Both men have been excellent so far this season.

Just five players were brought in to compensate for the mass exodus. Alderweireld has been a revelation, while fellow defenders Kevin Wimmer and Kieran Trippier have been used sparingly, although they do look like solid additions to the squad. Up front, Clinton N’Jie still looks very raw, but Heung-min Son, who scored a brilliant late winner at Watford, seems capable of replacing Kane, should the England man lose form or fitness.

Alli was actually recruited from MK Dons last January, but he didn’t join up with Spurs until the summer. Despite being just 19 years old, he is already a first-team regular. 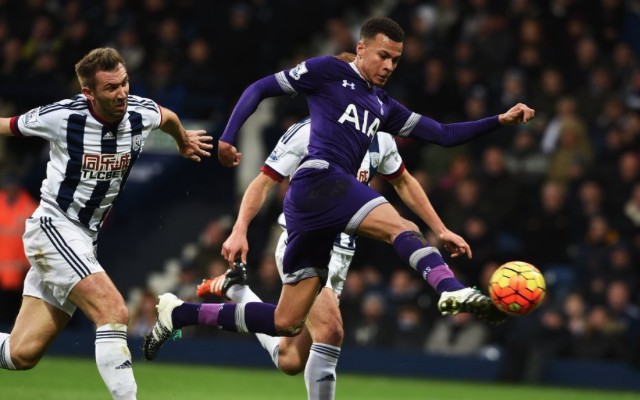 Pochettino has created one of the fittest teams in Europe, which has allowed him to avoid rotating his squad too much. This has helped to build a really strong chemistry between his regular starting XI.

The former Southampton manager has a proud reputation for developing young English talent. He has continued to build on that reputation by making Dier and Alli frequent starters.

Pochettino, now speaking in fluent English, conducts himself well in interviews. His affability should not go unnoticed, especially in a year that has seen the likes of Jose Mourinho and Louis van Gaal embarrass themselves in front of the media.

The first objective will surely be to secure a top-four finish, but, if they stay injury-free, a title bid is not out of the question. Pochettino is also taking the Europa League very seriously this season, so another aim will be to win the club’s first piece of European silverware since 1984.

Fourth place is Tottenham’s to lose, so a top-four place is very realistic. And, if they can knock out Fiorentina in the last 32, they is no reason why Spurs cannot go all the way in the Europe League, although the likes of Dortmund, Man United, Napoli, Liverpool and Sevilla will also fancy their chances.